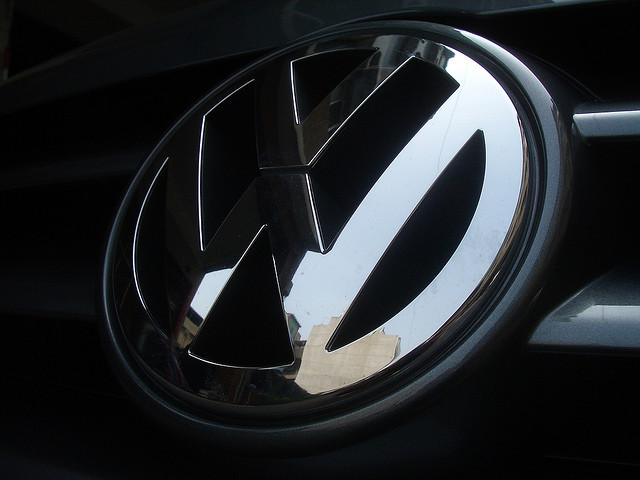 Buyback Or Recall — What's In Store For Volkswagen Diesel Cars?

Auto Writer Says That Either Solution Would Come With Hefty Pricetag
By KP Whaley and Erik Lorenzsonn
Share:

Certainly in terms of sheer scope, the recent Volkswagen scandal is remarkable: The beleaguered car company says that worldwide, there are 11 million diesel cars containing engines with software designed to fake compliance with emissions laws.

The company has indicated that it will set aside more than $7 billion in order to recall and fix those tampered-with vehicles. However, auto industry writer Micheline Maynard says there's another possible solution: a buyback program.

Maynard is a former Detroit bureau chief for The New York Times and author of the book "Curbing Cars: America's Independence From The Auto Industry." She said emissions officials around the globe — including U.S. officials at the Environmental Protection Agency or at the Department of Transportation — could order Volkswagen to buy back the cars instead of letting the company proceed with recalling them, removing the problematic software, and retrofitting the cars with technology to make their exhaust cleaner.

In fact, she said, a buyback is a likely outcome, given that consumer confidence in the company has been shaken.

"I don't think retro-fitting the cars is enough, because I'm not sure people will believe them. So I think what we're going to do is probably see that VW will offer consumers either cash equivalent to the (Kelly Blue Book) value of their vehicle, and then possibly a credit on a new vehicle — something like that," said Maynard.

Maynard said that such a buyback would be very expensive, and wouldn't likely take place until early 2016. That said, the same would be true for a recall.

For a recall to happen, said Maynard, Volkswagen has to first propose a fix, which would need to be approved by the governing bodies in different markets. After that, there would have to be a rollout plan to then fix the cars.

"I don't really think we'll see anything much before Christmas. I think it would maybe be early 2016," she said.

Similar to a buyback, the recall would cost "billions and billions of dollars," said Maynard. But even though all options would be expensive, she said that Volkswagen will be able to afford it. "Volkswagen is a huge company," she noted.

Maynard said that in the long run, it may be a while before many consumers begin to trust the company again. That's a shame, she said, given that the company had seen a lot of success in the U.S. market up until this point.

"Now people may just throw up their hands and say, 'I don't want anything to do with you,'" said Maynard.

While Volkswagen's new CEO Matthias Muller, former head of Porsche, has vowed to win back consumer trust, Maynard said that there have been suggestions that other automakers might also have been employing this practice — including Porsche.

"So they've cycled in the new guy and (although it's just speculation), he may be tainted by this as well," said Maynard.

Muller is the replacement for Martin Winterkorn, who resigned last week in the wake of the scandal.