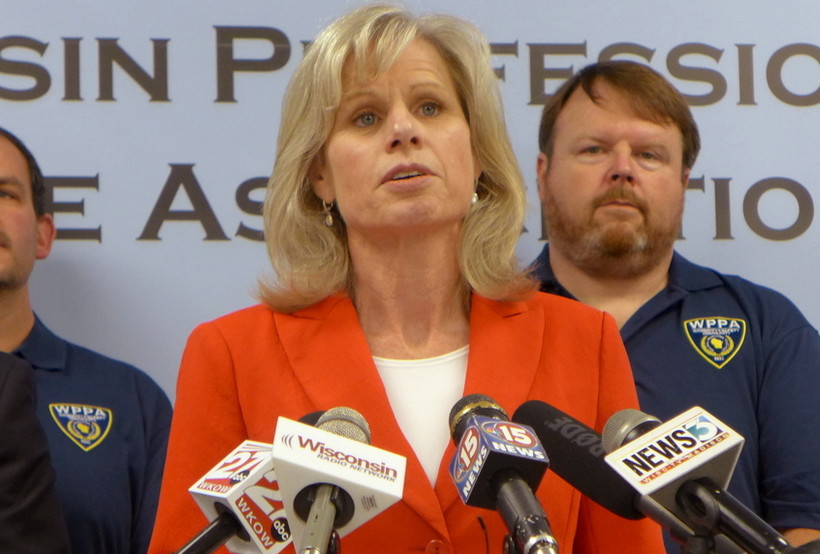 Burke Says She Disagreed With Jim Doyle On Number Of Issues

During Interview With Milwaukee Journal Sentinel Editorial Board, Burke Distances Herself From Former Governor
By Shawn Johnson
Share:

Ever since she got into the race, Gov. Scott Walker has sought to paint a Burke governorship as the equivalent of a third term for Doyle. Burke was Doyle's commerce secretary from early 2005 to late 2007.

Speaking to the Milwaukee Journal Sentinel editorial board, Burke was asked about Doyle's strengths and weaknesses. Burke did not compliment her former boss, and instead offered a few critiques.

“There’s things that I disagree with,” she said. “We look now at the raiding of the transportation fund, and at this point now you have a shortfall in that.  You saw large increases in tuition, which were 5 percent increases in tuition. That's not how we bring down the cost of higher education.  So there’s certainly things that we didn't see eye to eye on.”

Burke also said she did not agree with Doyle’s decision to raise income taxes on the wealthiest Wisconsinites — a noteworthy statement, given that Burke has campaigned against Walker for offering tax breaks to the rich.

Burke said she had talked to Doyle less than once a month since she got into the race, saying she had a lot of good people on her team who offered her advice.

Doyle was one of the most successful politicians in state history, winning three statewide elections for attorney general and two for governor.