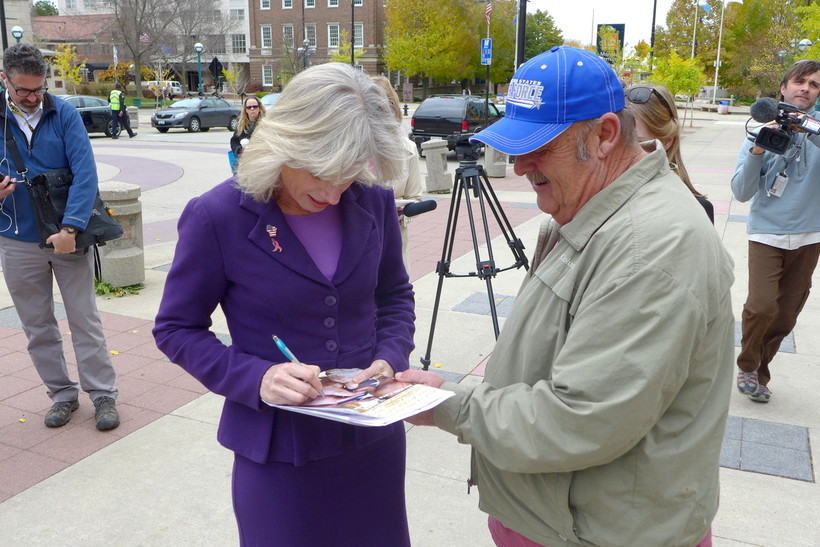 Democratic gubernatorial candidate Mary Burke has started attacking Gov. Scott Walker over a John Doe investigation that resulted in the conviction of some of Walker's aides from when he was Milwaukee County executive.

Burke started running a TV ad mentioning the investigation on Tuesday, the same day that Milwaukee County Executive Chris Abele released a new batch of documents from the first John Doe investigation. Burke told reporters she did not talk to Abele about those documents.

“The timing wasn’t determined based on that,” she said. “The timing is about that people, when they go to the polls, need to consider Governor Walker’s entire record.”

Burke made her comments outside the Madison City Clerk's office on Tuesday, where she was voting early. Burke said she was hoping turnout would be up this year compared to Walker’s first election.

“Certainly bigger than 2010,” she said. “I would be surprised if it hit 2012. But there's a lot at stake. This is about Wisconsin's future, and I hope people do get out and make sure their voice is heard.”