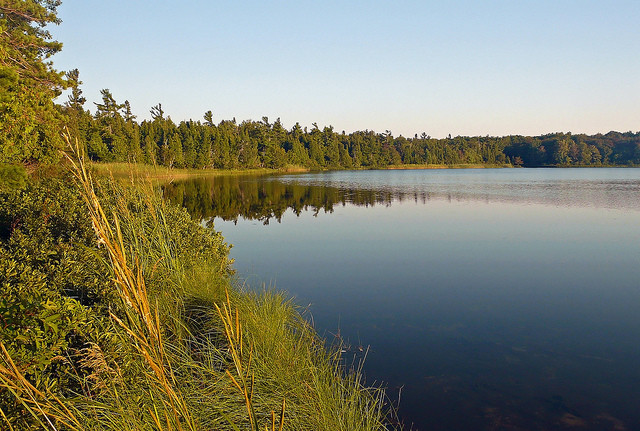 Counties Would Be Required To Use State Standards, And Not Implement Their Own Restrictions
By Danielle Kaeding
Share:

Under the proposed change, counties would be held to the minimum state standard for properties located near a shoreline, as well as zoning requirements for lot sizes and buffer areas. The state requires property to be set back 75 feet from the shore.

"In many cases, especially in northwestern Wisconsin, (it) invalidates existing county ordinances or county work that has gone toward updating their ordinances so … they are able to manage their lakes in a stronger fashion than some other places in the state," said Engleson.

Engleson said many counties use a lake classification system so they can adjust management practices based on the lake.

"A Class IV lake might have stronger zoning restrictions placed on it than a Class I lake," he said. "It gives counties the tool to selectively manage the lake that they feel (is) most in need of those extra levels of protection."

Wisconsin Lakes and groups like Clean Wisconsin, Trout Unlimited and The Nature Conservancy have sent a letter to lawmakers asking them to remove the motion from the budget. The groups contend the change was slipped into budget deliberations without public input, and that it disregards recent updates to shoreland zoning rules in 2009 and 2013.

State Rep. Adam Jarchow, R-Balsam Lake, argues that the changes have been subject to "robust debate" in the last month. Jarchow, who proposed the measure to the Joint Finance Committee, contends the state standard provides more uniformity, removing difficulty and confusion for property owners.

"This seeks to limit that difficulty so that folks can actually comply with the rule that we have, and it does not take away the ability of the (Department of Natural Resources) if they believe the rule needs to be adjusted to meet changing circumstances," said Jarchow.

Jarchow, a practicing attorney, said he’s represented landowners who have run afoul of county ordinances when trying to remodel their lake property. He said some counties have prevented significant repairs to property that already exists within the approved setback from the shore.

"If you’re going to be in the same footprint, you won’t have any additional runoff," Jarchow said. "Well, we should allow people to fix their cabins."

Those properties fall under those that are considered non-conforming structures, according to Engleson. He said some buildings should be allowed to remain, but he’s concerned it won’t just be repairs if those restrictions are weakened.

"That it’s going to be adding new living spaces or changing the use of those structures into something they weren’t when they were first allowed to remain," said Engleson.

Some counties opposed to the changes include Bayfield, Door, Douglas, Dunn, Marathon, Sheboygan and Vilas. They're drafting resolutions against the proposal, Engleson said. Without local control, he fears the motion may lead to reduced water quality in some cases, which he argues will negatively impact property values for landowners.

Burnett County Conservation Specialist Paul Cook said he’s experienced more pressure in recent years from landowners as he works with them to balance land use with lakeshore restoration. Cook said some owners don’t understand the purpose of setbacks and vegetative buffer areas near the shoreline.

"We're not saying to plant these trees and shrubs here because we're trying to control you or your land," said Cook.

Cook said shoreline buffers improve water quality and create a "critical ribbon of habitat" that has all but disappeared on some lakes. He said buffers also reduce erosion, which can help protect landowners' property values.

Whatever changes come down, Cook said they’ll continue to work with property owners and put as many buffers as they can on the landscape to balance preservation and land use.