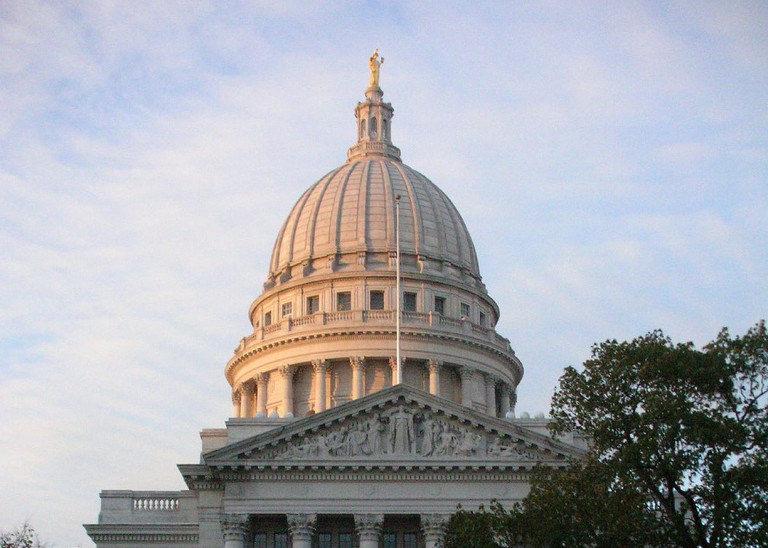 11 Republicans Join All Democrats In Voting Against Bill
By Shawn Johnson
Share:

Wisconsin's state budget is on its way to Gov. Scott Walker's desk after it passed the state Assembly in a 52-46 vote in the early hours of Thursday morning.

The Senate had already approved the $73 billion two-year spending plan on Tuesday.

Many of the Republican lawmakers who voted in favor of the bill said the budget proposal that Walker introduced earlier this year needed work, and that the Legislature made it better.

"I personally think the governor's budget as delivered was a piece of crap," he said. "Not to mince any words! But, I think after a lot of hard work, hundreds of hours from all the people on (the) Joint Finance (Committee), you did a very good job of turning it into a good budget."

Not all majority Republicans thought the budget was good enough: 11 of them voted against it. They were joined by all 35 Democrats.

Democrats blasted the budget for expanding the private school voucher program and cutting the University of Wisconsin by $250 million, but they didn't have the votes to stop it or get any changes approved.

"This one makes me sad, depressed and actually sick to my stomach," she said.

Many of the bill's Republican supporters said their budget is good for taxpayers.

Even though an unusually high number of Republicans voted against the budget, there were still more than enough votes to pass it in the Assembly.

Rep. Jeremy Thiesfeldt, R-Fond du Lac, said he was proud to vote in favor of the bill.

The plan is now headed to Walker's desk, where the governor can make changes using his broad line-item veto authority.

Walker hasn't said when he plans to sign it. However, quick action is expected given that he's expected to launch his presidential campaign on Monday and then embarking on a tour taking him to four early voting states.