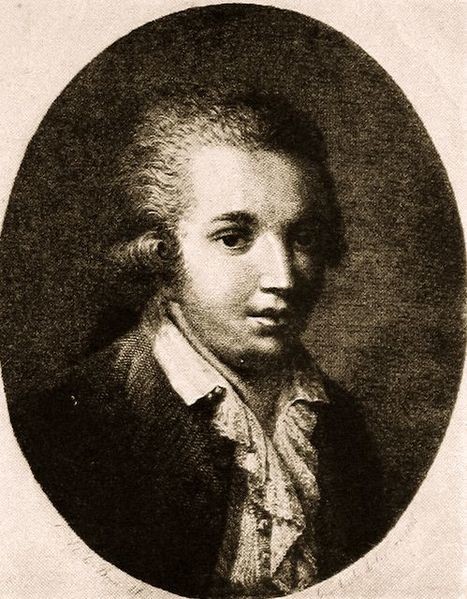 Czarina Catherine the Great was a big spender. When she wanted music she brought in the best performers and composers. In 1787 she brought in composer Domenico Cimarosa for what would prove a rocky sojourn in Russia.

The Czarina was eager to audition her new music master, and shortly after his arrival in St. Petersburg, she asked him to sing while accompanying himself on the harpsichord. He passed with flying colors and was deemed worthy of teaching the two grand dukes who were the sons of the heir to the throne.

She was less impressed by one of Cimarosa’s first compositions for the Russian court, a comic opera that she dismissed as worthless and performed by singers who were “detestable.”

Then a larger problem arose. Catherine’s lavish lifestyle began to drain the royal treasury, forcing the Czarina to impose spending cuts. The most obvious way to reduce expenses was to dismiss some of the more costly musicians, but Catherine refused to do so, and during the next two years, Cimarosa wrote two new operas for the Russian court, one of which seems to have been quite successful since it was translated into Russian and, in its Italian version, remained in the St. Petersburg repertory for fifteen years. Cimarosa also had two earlier operas performed and went on to provide a multitude of other works.

By the spring of 1791, though, the imperial theater management had laid off most of their Italian company. Cimarosa’s sense that the Czarina regarded his work as mediocre and his disapproval of what he saw as the Russian court’s barbarity inspired the composer to leave the country with his wife, two children, and Italian servants.

The leave-taking, apparently, was friendly enough. As a gesture of goodwill, the Czarina presented the departing composer with a fine English fortepiano.