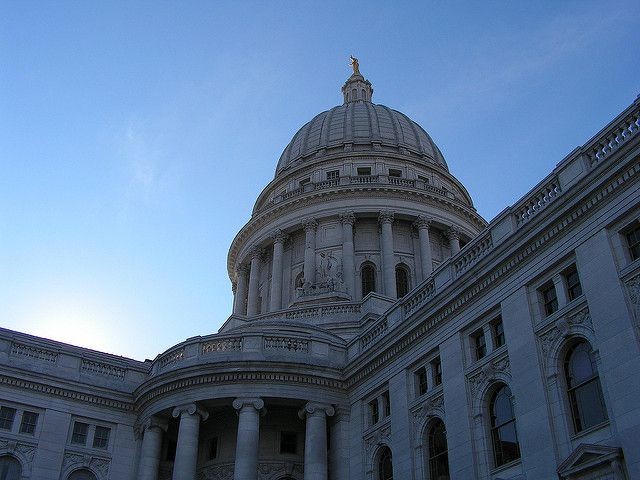 Budget Committee To Take Up K-12 Spending On Monday
By Laurel White
Share:

Republican lawmakers at the helm of the state budget-writing committee say they expect to finish work on the delayed state budget by the first week of September.

Lawmakers on the Legislature's Joint Finance Committee met Thursday in the Capitol for the first time since June 15. The budget is nearly two months past its June 30 deadline.

The committee is scheduled to take up Wisconsin’s education spending plan Monday. Gov. Scott Walker proposed $648 million in new state aid for public and voucher schools in his budget.

School administrators across the state have said they’ve been left to improvise as the state budget remains uncertain. Darling said she’s heard from school superintendents in her district about the need for a completed budget.

"They have people that they need to hire, they have vacancies they need to fill, and I think one of the biggest downsides of our taking this long is the fact that the schools could not go ahead and fill those positions," Darling said.

Nygren questioned the claim that the delayed budget has caused schools problems with hiring, calling the allegations "smoke and mirrors."

A committee hearing for the transportation budget has yet to be scheduled.

On Thursday, Nygren echoed Walker’s comments earlier in the week, saying lawmakers have reached an agreement on the transportation plan "in principle."

"Things are a work in progress," Nygren said. "There is a framework, there is an agreement in principle, for the most part. There might be a few more moving parts."

Lawmakers are negotiating how much borrowing to include in the transportation budget. Senate Republicans have pushed for a higher level of bonding than Assembly Republicans. They are also considering a new fee for electric vehicles in Wisconsin.

According to the Legislature's nonpartisan budget office, the average homeowner paid about $26 for the tax in 2016. It funds programs that detect and fight forest fires and other forestry maintenance initiatives.

Republican lawmakers touted the change as a way to achieve a primary goal of this budget: lowering taxes in Wisconsin.

"The property tax issue has always been something that’s been very important to me, living on the border of Michigan," Nygren said. "You can just basically move across the border and your property tax is about 30 to 40 percent lower, so any steps we can take to reduce the burden for our constituents is a positive thing."

Opponents to the change argued eliminating the tax will compromise the future of forestry programs, because the funding will be provided in future budgets from the state’s general fund. The general fund pays for things like schools, health care and prisons.

Rep. Katrina Shankland, D-Stevens Point, argued the forestry programs could face cuts, if they’re forced to compete with those programs for funding.

"No one will guarantee me that we’ll have resources in the future," Shankland said.

Editor's Note: This story has been updated to reflect Gov. Scott Walker proposed $648 million in new state aid for public and voucher schools in his budget.