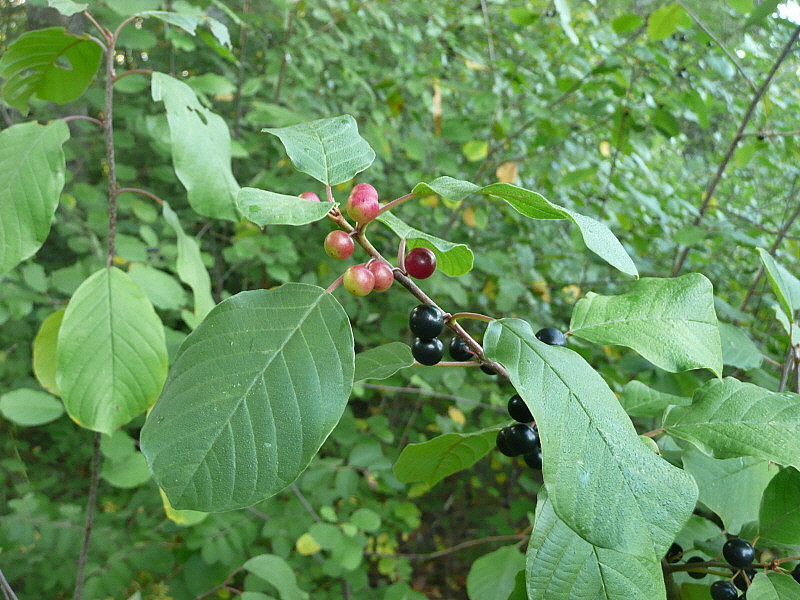 WisContext: How To Take Control Of Buckthorn

Buckthorn. If the name alone makes you frustrated, you’re not alone, says Vijai Pandian, horticulture educator for the University of Wisconsin-Extension in Brown County.

The plant is a common concern for Wisconsin residents. That’s because it’s an invasive species, even though it’s nearly ubiquitous.

While the plant was originally brought to the United States from Europe as an ornamental plant for hedging purposes, residents soon found the plants to be a nuisance, displacing native plants.

"The unfortunate part is that we don't have a good biological way to control this plant. So we have to rely on some sort of mechanical or chemical way to deal with this buckthorn," Pandian said.

How To Spot Buckthorn

Take a drive through the state in late fall and buckthorn will stick out like a sore thumb. That’s because buckthorn is one of the last plants to shed its leaves for the winter, and one of the earliest to grow them back in the spring, Pandian said.

The berry-producing green plants are named for their buds that look like deer hooves along with their tiny thorns. The leaves are almost opposite, and they have sickle-shaped veins.

The Wisconsin Department of Natural Resources has a video with a few ways to identify the plant in your backyard.

Buckthorn plants can be removed manually, through prescribed burns, hand-pulling or cutting, or chemically, with pesticides. The best removal option depends on your personal situation, Pandian said.

If you spot young buckthorn seedlings, not yet an established growth, spray with pesticides or hand-pull as you can.

If you have a larger infestation, Pandian said, you may want a larger, five-year plan to tackle the problem.

As the years pass, move inward. By year five, make a loop back to the outside, removing any new growth.

Following up is the key, he said. It’s easier to remove new growth than established growth.