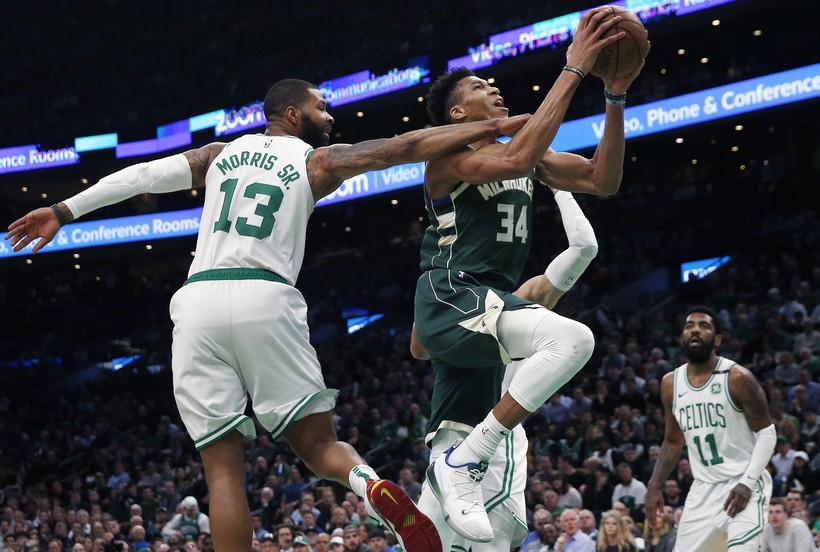 Milwaukee Bucks' Giannis Antetokounmpo (34) shoots against Boston Celtics' Marcus Morris (13) during the first half of Game 4 of a second-round NBA basketball playoff series in Boston, Monday, May 6, 2019. Michael Dwyer/AP Photo

Bucks Return To Milwaukee With Hopes Of Advancing Over Celtics

The Bucks have returned to Milwaukee with a chance to win their second round playoff series at home.

Milwaukee leads the Boston Celtics 3 to 1 in the best-of-seven game playoff.

Game 5 of its series is set for Wednesday night at the Fiserv Forum.

After dropping the first game of the series, the Bucks won three straight, including two in Boston.

Giannis Antetokounmpo led the Bucks with 39 points and 16 rebounds in game four. 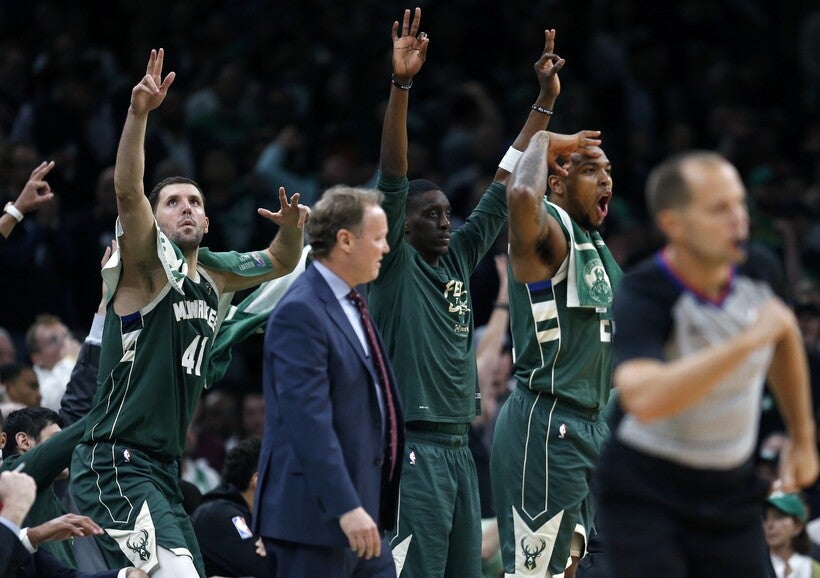 The Milwaukee Bucks bench reacts to a three-point basket during the second half of Game 4 of a second round NBA basketball playoff series against the Boston Celtics in Boston, Monday, May 6, 2019. Michael Dwyer/AP Photo

But the Bucks bench has also come through in key moments, outscoring the Celtics 14 to 5 during a stretch of the third quarter in which Antetokounmpo sat out.

Head coach Mike Budenholzer said in a conference call with reporters Wednesday that versatility is one of the team's greatest strengths.

Several times in the playoffs the Bucks have either trailed or held narrow leads going into halftime, only to break open a lead in the third and fourth quarters.

Budenholzer said the Bucks have made in-game adjustments when needed.

But, he said, the overall approach is more aimed at wearing down the opposing team as each game goes on, which means the team's efforts in the first and second quarters don't always show up in the score until later in the game.

"I think there's hopefully a cumulative effect of continual good defense, continued pressure offensively and we're maybe just able to get a break," he said.