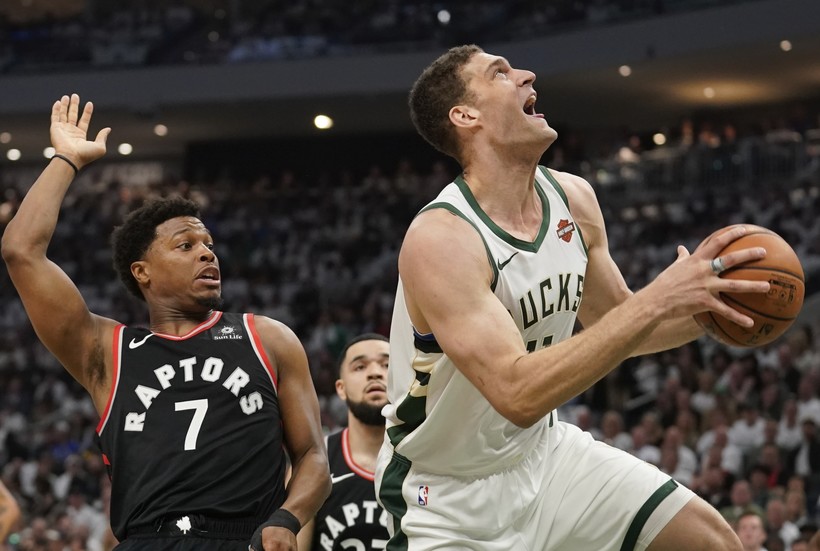 Bucks Look To Rev Up Offense In Game 2 Against Raptors

The head coach of the Milwaukee Bucks thinks there's room for improvement in Game 2 of the playoff series against the Toronto Raptors.

The Bucks won the first game of the Eastern Conference Finals 108-100 Wednesday, but trailed Toronto for most of the game.

Head coach Mike Budenholzer said after Game 1 that the Bucks relied on strong defense on a below-average shooting night.

"There's going to be nights when you don't make shots, and you've got to just continue to do well or give it defensively," he said. "If you do that, you maybe can break through and find a way to win on a night when you really don't shoot very well offensively or play that well offensively." 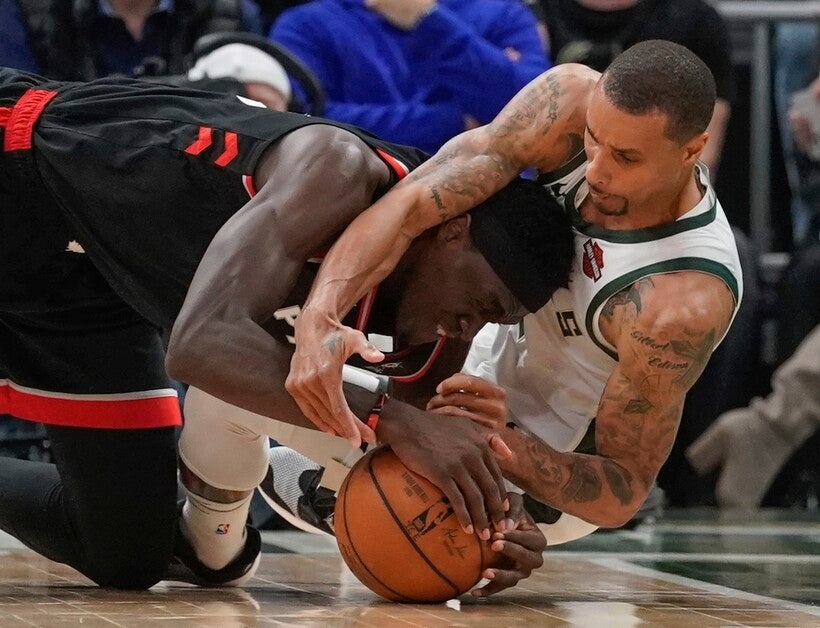 Milwaukee Bucks' George Hill and Toronto Raptors' Pascal Siakam go after a loose ball during the first half of Game 1 of the NBA Eastern Conference basketball playoff finals Wednesday, May 15, 2019, in Milwaukee. Morry Gash/AP Photo

Center Brook Lopez helped the team regain the lead in the fourth quarter, where he scored 13 of his 29 points on the night.

Bucks star Giannis Antetokounmpo said Wednesday night he and his teammates will get the points they need — as long as they keep taking shots.

"Eventually — we don't care about the math —eventually they're going to go in," Antetokounmpo said. "If you keep shooting, that's how you win games." 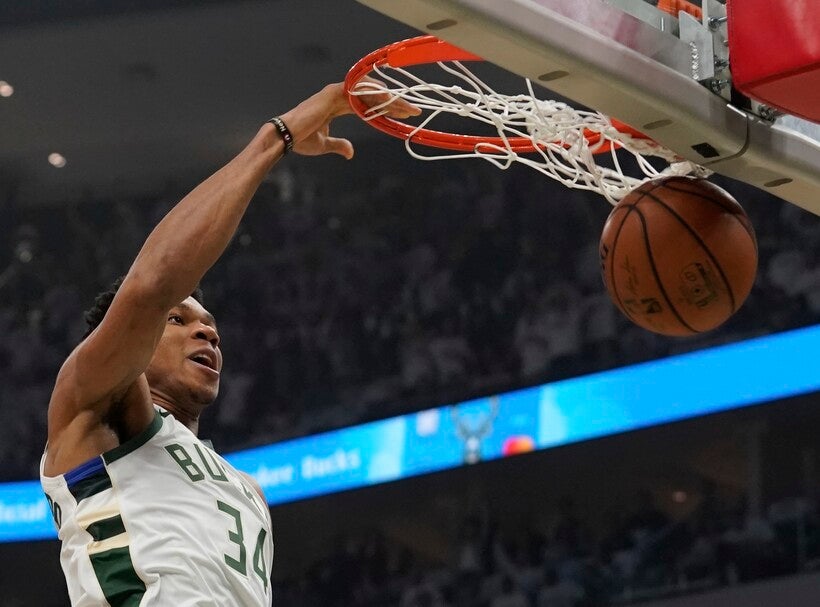 Milwaukee Bucks' Giannis Antetokounmpo dunks during the first half of Game 1 of the NBA Eastern Conference basketball playoff finals against the Toronto Raptors Wednesday, May 15, 2019, in Milwaukee. Morry Gash/AP Photo

The winner of the best-of-seven series wins a spot in the NBA Finals.