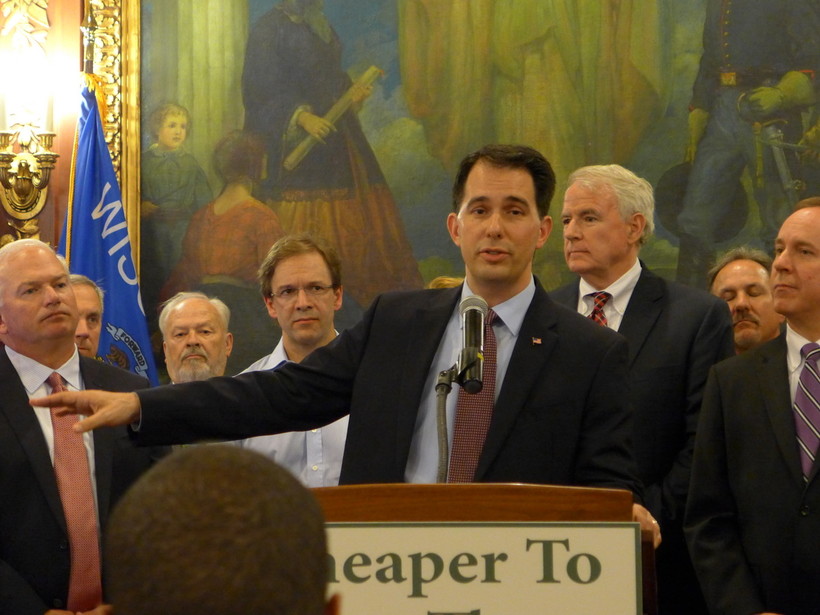 Gov. Scott Walker was joined by Republican leaders and Milwaukee officials during his announcement of the arena deal Thursday.

Key stakeholders say they've agreed to a deal to build a new stadium for the Milwaukee Bucks, though it remains to be seen whether the Legislature will agree with them.

The arena deal would call for an up-front public investment of $250 million before interest costs get figured in. Part of that would include $55 million in bonding from the state.

Milwaukee County would contribute its share through uncollected debt. The City of Milwaukee would pay its share by building a $47 million parking structure.

Walker told reporters at a state Capitol news conference that it was cheaper to keep the Bucks, and that if the team leaves, it would take tax revenue along with it.

"For lawmakers anywhere in the state, Republican and Democrat alike, the fact is if we do nothing, that revenue goes away and we have a huge hole," said Walker.

While key principals have now signed on to the deal, it still has to pass the Legislature. Its passage is far from a sure thing, with many rank-and-file lawmakers uneasy about subsidizing a professional sports stadium.