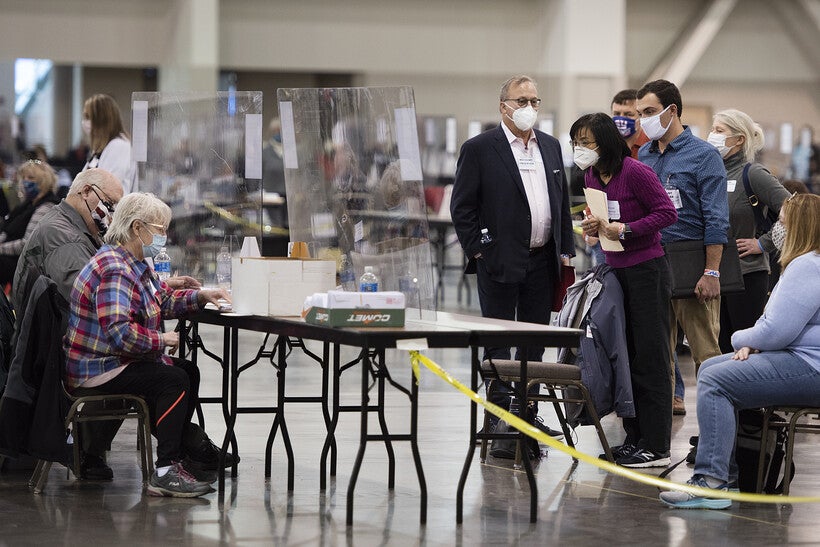 Officials From Both Counties Called The Subpoenas Invalid Due To Missing Signatures
By Megan Hart and The Associated Press
Share:

Milwaukee and Brown counties have rejected subpoenas issued by a Republican lawmaker seeking ballots, voting machines and other material related to the 2020 presidential election, saying they’re not valid.

State Rep. Janel Brandtjen, R-Menomonee Falls, issued subpoenas to election clerks in Milwaukee and Brown counties Aug. 6, ordering them to appear before her committee at noon Tuesday with the requested material.

But Milwaukee County Attorney Margaret Daun said in a letter to Brandtjen on Friday that the subpoena was not valid because it was not signed by Assembly Speaker Robin Vos, R-Rochester, or the Assembly's chief clerk, as required by law.

"In addition, Brown County has received no contact whatsoever from your office regarding how you propose that Clerk (Patrick) Moynihan pay for the significant unbudgeted costs that would be incurred if he were to comply with your subpoena as written," the letter states, "nor has any procedure been put forth by your office that would allow Clerk Moynihan to comply with said subpoena, while at the same time complying with his duty to preserve the integrity of the election by retaining custody and control over ballots, machines and other election related original documents and materials located in Brown County as you have requested."

On Thursday, Milwaukee County Clerk George Christenson said his office took the subpoena seriously. But he criticized the document, noting it asked for items that aren’t part of the election process in Wisconsin.

Brandtjen, who serves as chair of the Assembly's elections committee, has been critical of last year’s election results. Her attempted investigation is among several being led by Republican lawmakers.