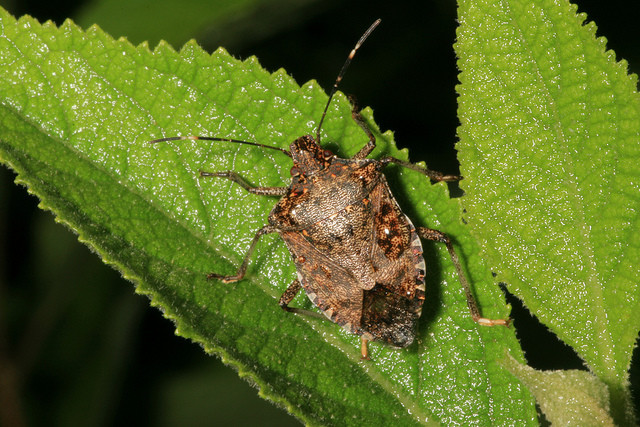 Brown Marmorated Stink Bug Is One To Look Out For This Season, Entomologist Says

Tracking It Sooner Rather Than Later Could Prevent Spread
By Cheyenne Lentz
Share:

The first frost of the season is usually a trigger for bugs to start invading the house for fall and winter, according to a retired University of Wisconsin-Madison entomologist.

A few years ago, the BMSB reached extremely high numbers on the East Coast causing agricultural damage, but since then, the population has declined. Like the Asian lady beetle, the BMSB hails from Asia. It first was sighted in Pennsylvania back in 1998 and has since spread nationwide.

Recently, there have been sightings of the insect in Wisconsin. So far, it’s only been documented in seven or eight counties, according to Pellitteri.

"But once this thing gets rocking and rolling, it’s just like Asian lady beetle. It comes in by the bucketsful. It’s a very unpleasant odor to it and as I said, it’s an insect we’re not looking forward to," Pellitteri said.

Though one or two sightings isn’t cause for concern quite yet, Pellitteri said it would be of benefit to let P.J. Liesch, the new head of the University of Wisconsin–Madison Insect Diagnostic Lab, to know for tracking purposes.

"If people were to get it, it’s worth, you know, sending an email to PJ just so we can kind of keep track if we’re getting records in new areas, which I suspect before the fall’s over, we will definitely have some," Pellitteri said.