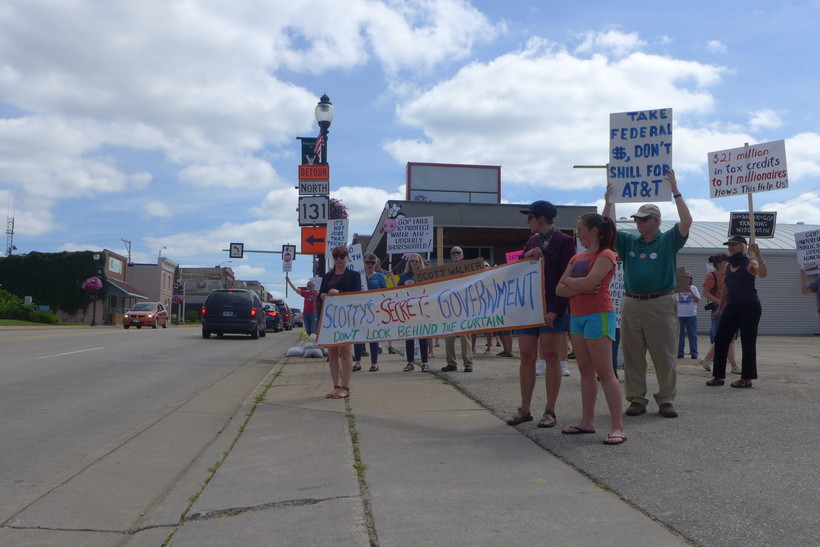 "(Broadband Forward!) is ensuring that our communities are ready," Walker said at a press conference in Viroqua on Tuesday. "They've narrowed the process down so that it's easy."

But critics of the program said the certification doesn’t help rural communities with the cost of broadband expansion.

"This broadband ready designation that can be given to a community is really kind of a cover for the fact that they're really not doing anything," said George Wilbur, vice chairman of the Vernon County Democratic Party. Wilbur led a group of protesters outside the closed press conference at Vernon Communications Cooperative.

"They're really running laps around Wisconsin when it comes to broadband connectivity and the investment in economic development that it spurs," she said.