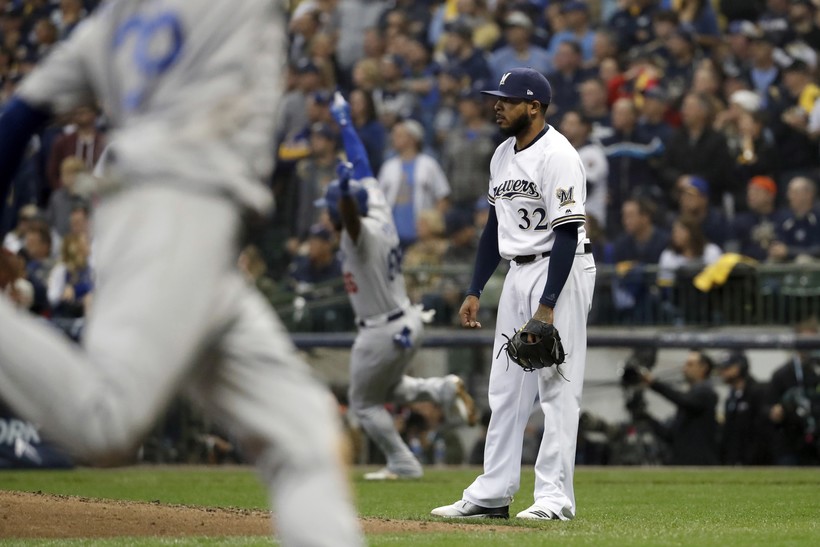 Yasiel Puig hit a three-run homer, Chris Taylor made a key catch and the Los Angeles Dodgers reached the World Series for the second straight year, beating the Milwaukee Brewers 5-1 Saturday night in Game 7 of the NL Championship Series.

Christian Yelich put Milwaukee ahead with a solo home run in the first inning off rookie Walker Buehler. Cody Bellinger hit a two-run shot in the second that gave Los Angeles the lead.

Puig broke it open with his drive in the sixth. He celebrated wildly going around the bases as the Dodgers made it 5-1.

Fans at Miller Park were left feeling a range of emotions Saturday.

Kelli Rathkey and her family from Whitefish Bay have come to all home postseason games.

Rathkey said the family of baseball fans had high hopes for the team after it forced a seventh game Friday.

"They made it this far, they should’ve gone all the way," she said. "After last night’s game we thought the momentum was behind them, it pains me."

Despite the fact the Brewers lost, the entire family said they’re still behind the team and look forward to next year.

Andy Condon from Kenosha couldn’t hold back his frustration as he exited the ballpark at the bottom of the seventh, but he said the Brewers came through this season.

"I’m actually not that disappointed because I think that this team is one year ahead of where it should be," Condon explained, adding that next year the only option is to clench the NLCS. "It’s the World Series or bust," Condon said. "I mean, you really can’t go down from here, right?"

He and his friends said they were disappointed in the Brewers' offense Friday night but David Paul commended the team’s overall performance this season.

"The Brewers spent some money, they got players in here that got us to this point and it’s phenomenal," he said. "It’s a successful season but not the success we wanted. We wanted to face Boston in the World Series."

Thank you, #Brewers fans for your support, your energy, and your passion. From #NowWeGo to #WeBelieveInJesús to #LetsGOOOOOOOOOO, this season has been an unbelievable journey, and it wouldn't have happened without you. #ThisIsMyCrew pic.twitter.com/fBz0qiU7Da

Los Angeles hasn't won the World Series since 1988. The Dodgers and Red Sox have met once before in the World Series, back in 1916 with Boston beating the then Brooklyn behind a big game from pitcher Babe Ruth.