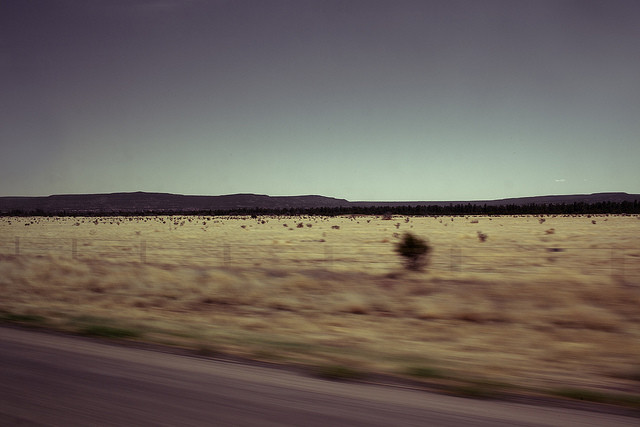 Use Of Cold Opens Served As Narrative Shortcuts To Exposition
By Adam Friedrich
Share:

Ten years ago, Vince Gilligan and his creative team introduced "Breaking Bad" into the prestige television universe. The AMC hit series about a cancer-stricken chemistry teacher turned meth kingpin quickly found a large and devoted audience. Through award-winning acting, visionary storytelling and deft plotting, Gilligan provided a critically acclaimed narrative that was as addictive as its subject matter.

What made the show so gripping was that its creators also mastered the art of effective cold opens to each episode. Often disorienting, these intros never failed to pique the viewer’s interest and likely led to one less hour of sleep during binge-watching.

The opens also served as a narrative shortcut to exposition. Some of the more original takes included: a fake fast-food TV ad, ominous flash forwards, connective flashbacks and even a faithful recreation of a narcocorrido — or drug ballad — video.

"If we encapsulate the setting, the landscape of this song within the broader context of a series — that I believe outlines and details the disintegration of white male authority in the American west — we see how this song becomes an ironic farewell that foreshadows the continuing disintegration of the white male patriarch and speaks to the fragility of white masculine authority on the 21st century borderlands," Barrera said.

So, 10 years later, "BETA" highlights some of the series' best and most memorable cold opens (Warning: Spoilers below).

The aforementioned production of the titular narcocorrido "Negro Y Azul" is one of the most unforgettable show opens. This painstaking recreation of the popular genre not only paid homage to the style and music, but Pepe Garza — who wrote the narcocorrido for the production — called its inclusion in the show "historic."

The Los Angeles Times wrote "it's believed to be the first time a narcocorrido video has been prominently featured on a major American television show."

Because "Breaking Bad" only spans two years in its five seasons, this technique was an extremely efficient way to mark Walter White’s (aka Heisenberg’s) transition from local cook to regional supplier and his inadvertent stepping into the cartel’s territory and onto their radar — ratcheting up the series conflict.

While most people ended up binge-watching the show on some form of on-demand service, it's key to remember that the show first aired on AMC and featured plenty of commercials. That’s what made this particular cold open so disorienting to viewers during the original airing.

The production team opened with a recreated commercial for Gus’ Los Pollos Hermanos business and pulled it off so successfully that television critic Alan Sepinwall wrote in his review of the episode: "Kudos to whoever made the fake Los Pollos Hermanos commercial, because they made me pretty ravenous for some good fried chicken."

The open also outlined — in less than three minutes — Gus’ intricate and meticulous distribution network via his fast-food franchise, and how this quiet and deliberate man became New Mexico’s most powerful meth dealer and White’s nemesis.

After the first season of "Breaking Bad" was shortened by the 2007 Writers Guild of America's writers strike, the creative team took full advantage of their full allotment of episodes in the show’s second season. They were very deliberate with their plotting and went so far as to begin leaving clues for observant fans.

The season opened with an episode titled "Seven Thirty-Seven."

It featured a mystifying collage of black and white images from the White household with ominous sirens in the distance. Periodic episodes in Season 2 would begin similarly, each expounding on the imagery a little bit further until the intro of the season’s final episode featured two body bags. Perceptive fans who pieced the episodes that featured these haunting flash forwards together needed only to link their titles to unlock the explosive climax of the season.

One favorite past time of "Breaking Bad" fans is to debate at what exact point White breaks bad. The greatest delusion White grapples with throughout the show’s run is that he is still a good person toiling in the drug trade only to provide for his family after his death. Where he crosses over from justified or necessary violence to the point where he knowingly inflicts damages is at the heart of that debate. Some argue it’s in the pilot. Others argue it’s near the end of Season 2 where he makes a deliberate and costly decision. Still, others argue it’s near the end of the show’s run, or that he instead earns redemption.

The opening to this episode may provide another argument.

It intercuts between two drastically different versions of Walt. We are presented with the didactic milquetoast chemistry teacher we’ve known, but then the show offers the first glimpse of the now iconic, villainous shaven head of Heisenberg walking from a scene of mayhem. White is informing Jesse Pinkman that he’s above the "street" side of things. He outlines how he will never witness the harm or chaos that their industry brings. All the while, the foreshadowing shows otherwise.

This episode links these two disparate versions of the character by the end of its runtime displaying one of White's biggest leaps toward evil.

Widely considered by most fans and critics to be the best episode in the entire series, it’s unarguably one of the most intense hours of television.

The episode’s open features one of the creators’ favorite flashback techniques. Gilligan often employed the use of flashback to re-contextualize a scene to offer a different or deeper perspective on a canonical event. But, he also utilized them to offer a breather as the intensity of the show was ramping up. And nowhere throughout the show’s sequencing was it needed more.

The previous installment had literally faded out to black in a hail of bullets. Anxious fans who had waited a week to see what happened would have to wait a touch longer. Gilligan took a step back, and in a beautiful sequence recreated a flashback to an unseen moment from the pilot episode. Only at the end of the cold open where the flashback transitions back to the present do fans realize that Gilligan had tethered this scene from the pilot to the exact same spot of the climatic gunfight.

We’d be remiss if we didn’t head back to where it all began. (You can watch it here).

Perhaps it shouldn't be surprising that "Breaking Bad" was so good at hooking viewers early when you take into account the show’s very first set piece. It’s a flash forward with a hook that you wouldn't be mistaken for thinking the entirety of that first season would build up to. However, in the first boast of confidence from the show’s creators, we arrive to that thrilling climax by the end of the first hour and the show never loses steam from there.

Be careful watching (or re-watching) this one. You might just binge watch the whole series.

Let us know your favorite cold open at beta@wpr.org.