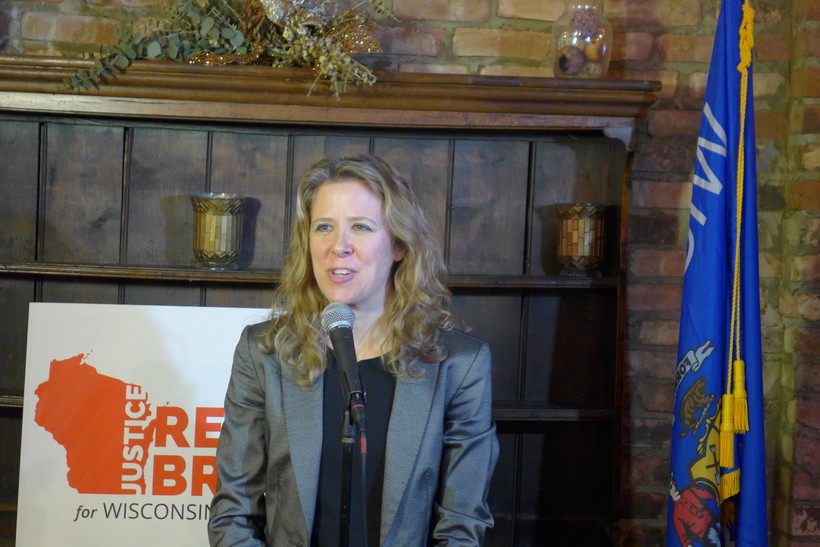 The Associated Press called the race shortly after 11 p.m., with Bradley leading by about 5 percent. She won with more than 52 percent of the vote.

In her victory speech, Bradley had some words for her opponent’s supporters.

"Please know that I am your justice, too. Everything I said on the campaign trail, I mean sincerely. I will always follow the law, regardless of how I feel about it," she said.

Her victory came as she pushed past negative headlines created over her inflammatory college writings bashing gays, AIDS suffers and feminists. Republican Gov. Scott Walker appointed Bradley to the high court in December, making her the incumbent going into the election. After the writings surfaced several weeks ago, Bradley apologized on the campaign trail and pledged that her views had changed.

Kloppenburg campaign manager Melissa Mulliken said conservatives who came out to vote for Ted Cruz or Donald Trump in the GOP presidential primary checked off Bradley on their ballots as well, carrying her to victory. Cruz carried Wisconsin, slowing Trump's bid to win the GOP nomination outright.

At a gathering on Tuesday night, Kloppenburg acknowledged that the voters had spoken.

"It's not the outcome we worked so hard for, but it is the outcome of a democratic process that gives the people of Wisconsin a voice in choosing their justices," she said.

In a brief speech, Kloppenburg thanked her supporters and campaign staff. She urged them to keep partisan politics out of the courts. This was an issue that came up a lot during the campaign.

"In order to function as it should, our judicial system must be free of partisan politics. Our courts are not courts of public opinion where decisions are good or bad based on the popularity of those decisions," she said.

Kloppenburg said she intends to continue serving as a judge on the Wisconsin Court of Appeals.

Ostensibly a nonpartisan race, Bradley's win is likely to be met with applause from conservatives in the state. Her campaign had support from prominent Republican leaders and conservative advocacy groups spent heavily on advertisements backing her.

Bradley also enjoyed the benefit of incumbency in the race after being tapped by Walker to fill a temporary vacancy on the court left open by the death of Justice Patrick Crooks last September. Bradley's appointment — the third judicial posting she'd received from Walker in recent years — drew some criticism because she'd already announced her candidacy for the April race. Throughout the contest, both Kloppenburg and Bradley sought to emphasize their impartial judicial philosophies while trying to cast each other as too ideologically motivated to sit on the state's high court. Bradley especially took heat after the liberal group One Wisconsin Now unearthed newspaper editorials that she penned as a college student, scorning gay people and AIDS patients, comparing abortion to the Holocaust and calling American voters "stupid" and "evil" for electing Bill Clinton president. Bradley apologized for the decades-old comments and said she no longer holds those views.

In the week leading up to the Supreme Court election, polling numbers from Marquette University Law School gave Bradley a slight edge over Kloppenberg, 41 to 36 percent, while 18 percent of voters were still undecided. The poll underscored the partisan undercurrents of the election with voter preference breaking sharply along party lines. Bradley had support from 69 percent of Republicans, while 64 percent of Democrats backed Kloppenburg.

Kloppenburg is no stranger to high-stakes judicial elections. She ran unsuccessfully in 2011 against incumbent Justice David Prosser in a notably contentious race that she lost by a razor-thin margin.