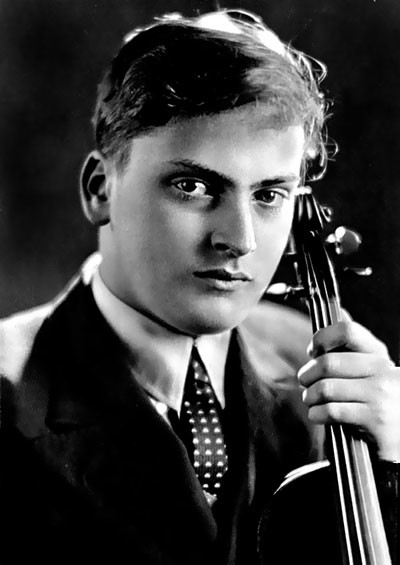 The Boy Who Dared

The young soloist had made up his mind. He was going to play Beethoven's Violin Concerto with the New York Symphony-even though the conductor and the New York music critics scoffed at the idea. When push came to shove, they all gave way for Yehudi Menuhin.

The year was 1927. Walter Damrosch was America's best-known conductor. He tried to reason with the boy. "Now, Yehudi, you probably realize that Beethoven is to music what Shakespeare is to the stage. What is it, then, that makes you think you can play his concerto?"

"I don't know," Menuhin said. "I never thought about it. I just play. Maybe to speak on stage a person needs more than just instinct."

Damrosch had heard the boy play and said that he had no objection to his taking on the Beethoven, but he cautioned that a flawed performance would damage his career.

"I don't care about a career," Yehudi said, "I just want to have some fun playing with the orchestra."

The conductor of the concert, Fritz Busch, was not so accepting. He sat at the piano, smiling sarcastically, and began playing the last part of the concerto's orchestral introduction. Yehudi adjusted his violin, lifted his bow, and poured forth the opening measures-broken octaves known to strike fear into the hearts of violinists.

In his memoirs, Busch recalled, "Yehudi played so gloriously, and with such complete mastery that I was completely won over. That was perfection." He interrupted the music and threw his arms around the boy. On the night of the Carnegie Hall Concert, Yehudi pointed to a fireman's hatchet hanging on the wall and asked a guard what is was.

"To chop the heads off the soloists who don't play well," the guard replied.

There was no need for it that night. Audience and doubting critics alike were won over by violinist Yehudi Menuhin, who had taken New York by storm at the age of 11.