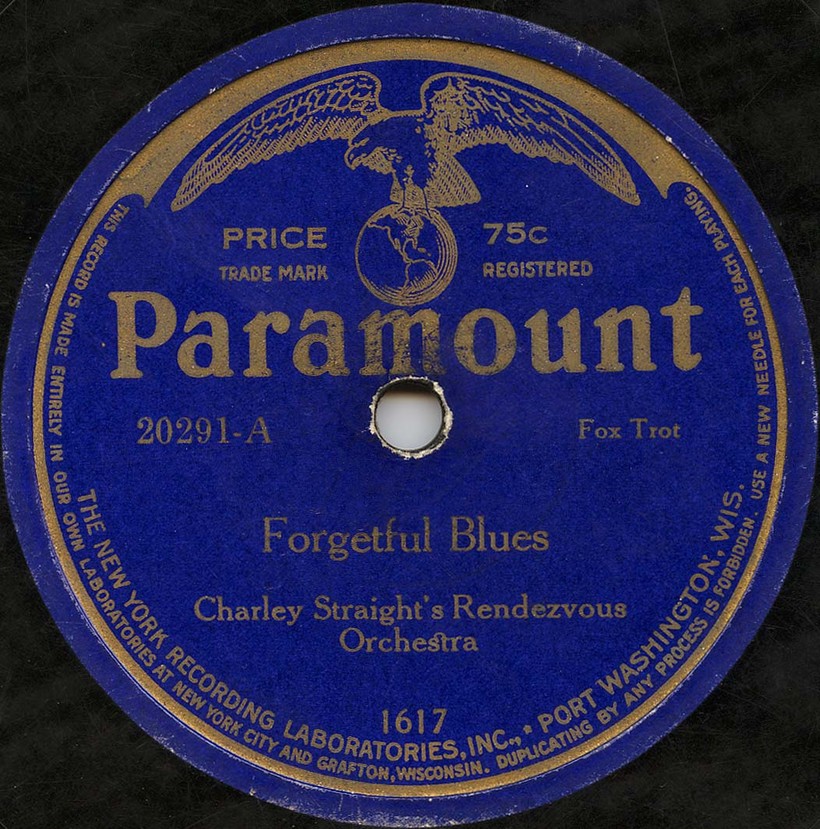 It’s a fair question. In the early 20th Century, how did a furniture company from Wisconsin create a record label that managed to develop one of the greatest musical rosters of all time?

The answer?  The desire to make a few bucks and a whole lot of luck.

The record label in question is Paramount Records and the story began in the beginning of the last century.

As part of its furniture business, the Wisconsin Chair Co., located at the time in Port Washington, began manufacturing phonograph cabinets.

Dean Blackwood, co-founder of Revenant Records, said that the Wisconsin Chair Co. began producing records as a companion to their cabinets.

“They learned that the reason to be in the record business was really to be in the expensive phonograph cabinet business, and to drive sales of furniture, essentially,” said Blackwood.  “And so, that’s how they sort of stumbled into being a record label in the first place.”

As part of a recent revival project, Blackwood, along with his brother Scott and White Stripes mastermind Jack White, worked together to release a box set that collected many of the records released by Paramount. The set, titled “The Rise and Fall of Paramount Records 1917-1932, Vol. 1,” features the music and art of the label.

In the early years of Paramount, record producers there seemed to record anything and everything.  The problem was that no one at Paramount understood the music industry or what their audience wanted, Dean Blackwood said.

“They spent the first five years or so steadily going out of business,” Dean Blackwood said.  “It finally occurred to them that maybe it did matter what was actually on the records.”

With the help of a prominent African-American producer, J. Mayo Williams, Paramount found success creating so-called "race records."  Blackwood described the records as “the music of black performers for black audiences.” Williams became invaluable to the label, due to his ability to scout and sign new talent.

“He was (Paramount’s) connection to black nightlife in Chicago, which is where initially they did much of their scouting for talent,” Blackwood said.

Around the same time, a separate record label introduced the world to blues singer Mamie Smith.  Almost immediately, the demand for blues shot up among record buyers. Paramount officials took note and over the next 10 years, jazz and blues musicians from all over the country would be brought in to record.

One of the label’s first big hit artists was Ma Rainey, who had been scouted by Williams.  She went on to record more than 100 songs for the label and achieve financial success because of it.

The label’s other breakout star was bluesman Blind Lemon Jefferson.

“He’s essentially the first rock star of blues,” said Scott Blackwood.  “He becomes even a bigger seller than Ma Rainey.”

The music was going strong until Great Depression hit. By the start of the 1930s, record sales had dried up and Paramount folded just a few years after that.

Many of Paramount’s musicians would go on to have legendary careers in the music world. And although the label had no way of knowing it at the time, it’s clear to the Blackwoods that Paramount had something really special on their hands and they're hoping the music will live on for a long time to come.