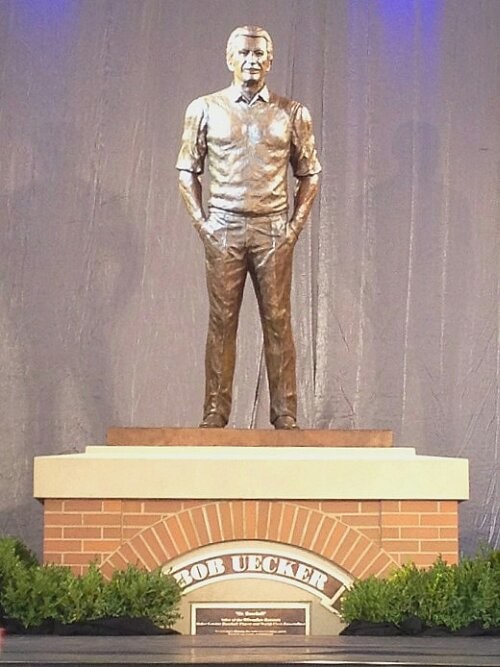 Some of the top names in baseball gathered in Milwaukee Friday afternoon, to see how broadcaster Bob Uecker looks in bronze.

The Brewers unveiled a bronze statue of Uecker that will stand outside Miller Park. As might be expected for a ceremony honoring the former baseball catcher, who has often made fun of his mediocre playing days, there were plenty of jokes.

The event also included speeches from Brewers owner Mark Atansaio, television executive Dick Ebersol, a videotaped message from former Brewers star Robin Yount, and remarks from baseball commissioner Bud Selig and former home run king Hank Aaron. When it was Uecker's turn to speak, he joked about the sculptor making him wade into a tank of bronze.

An online review of the statue published Friday in USA Today is not very flattering. The review says the statue is complimentary and captures a young Uecker standing tall with hands in pockets, but says it is not the way most people might imagine the former catcher turned broadcaster and comedian.