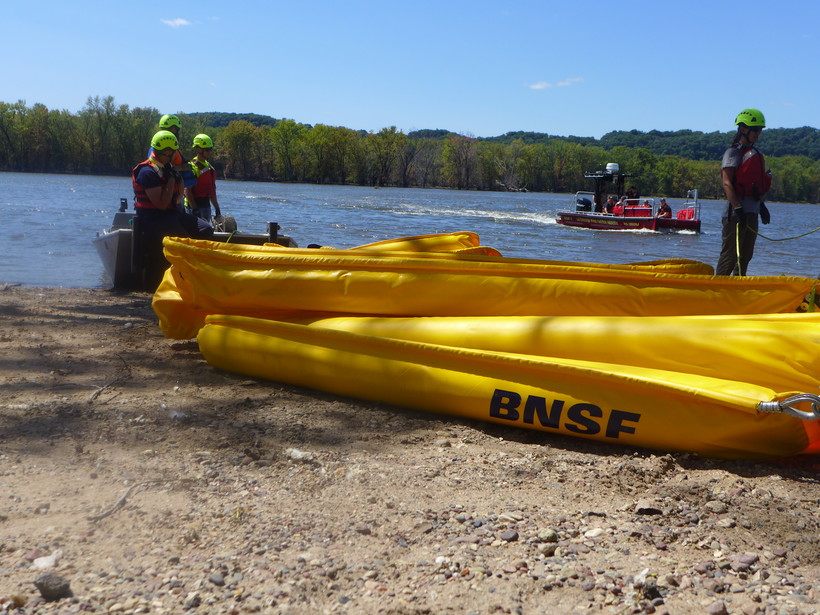 Local first responders prepare to pull a boom onto the Mississippi River during a training with BNSF Railway in Prairie du Chien. Hope Kirwan/WPR

On a beach in Prairie du Chien, firefighters use a motorboat to practice dragging a 700-foot section of yellow boom into the Mississippi River. The floating barrier is used to catch hazardous material floating down river from a hypothetical train derailment.

BNSF Railway hosted the recent training for around 50 first responders, emergency managers and railway personnel to practice responding to a train derailment on the river.

"We understand that they're the first folks on the scene of an incident and through that response to an incident, we're working with them hand-in-hand," McBeth said. "It's very important for us to be able to communicate and work with them so they understand the basics of a railroad response and then also how to deploy equipment like this that they have staged here that they can utilize."

But the training exercise isn't far from reality. In July, several empty BNSF cars derailed on the river after a severe storm caused a mudslide over the tracks.

"It can happen any time, summer, winter, any time of year," said Jeff Boughton, chief of the Prairie du Chien Fire Department. "There's just a lot of train traffic through here and a lot of product goes through here. Not just oil, a lot of other hazardous materials also."

Boughton said more frequent severe storms and flooding in southwestern Wisconsin makes it more complicated for his department to respond to emergencies like a train derailment.

"Twice this year, it's flooded very seriously in Prairie du Chien," Boughton said. "That changes the currents, that changes all the different ways of deploying so we have to kind of practice those angles, too."

He said the changing conditions means his department needs more time to practice. But coordinating training exercises can be difficult for the volunteer fire departments in communities along the Mississippi River.

"If (firefighters are) going to have to take time away from their jobs and not get paid, they need to be compensated some other way," Boughton said. "We're expected and people rely on us to do more and more all the time. It's not that we can't do it or won’t do it, we can't afford to do it in essence." 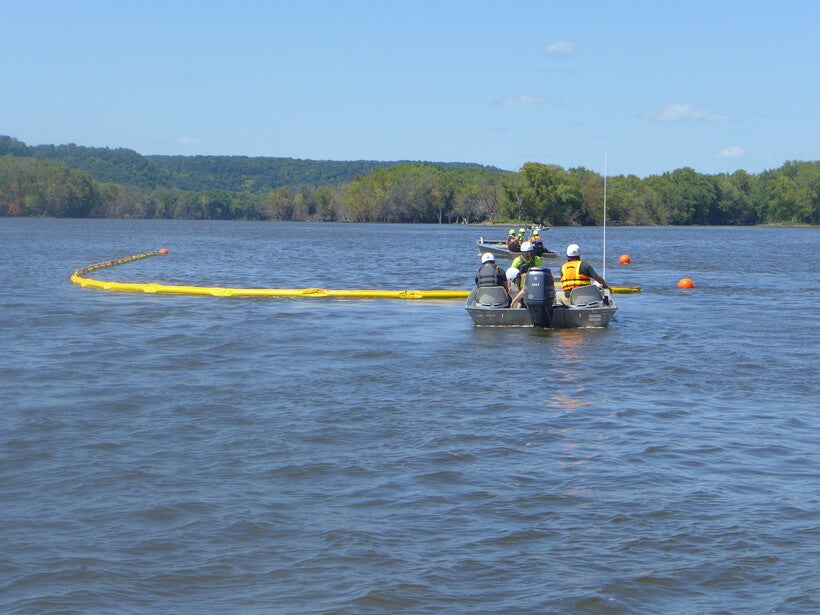 "If there is severe weather, whether it's severely cold, severely hot, severe thunderstorms for example, potential for flooding, we'll do additional inspections. That's part of our ongoing inspection program," McBeth said.

She said BNSF is also using new technology like railcar detectors to decrease the rate of incidents.