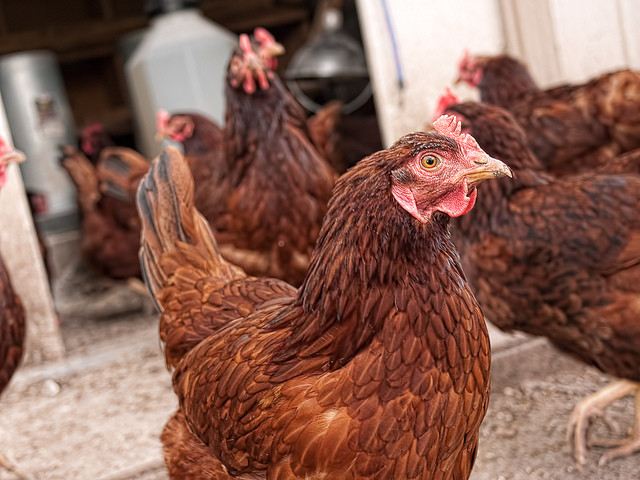 Gov. Scott Walker declared a state of emergency on Monday in response to the avian influenza, or bird flu, outbreak. The declaration allowed the Wisconsin National Guard to assist with the euthanization and clean-up of the infected birds.

The virus has been detected in three farms in Jefferson, Juneau and Barron counties.

Mark Cook, a professor of animal sciences at the University of Wisconsin-Madison, said that the bird flu crisis is far from over, but the state Wisconsin is doing better than others in the Midwest.

“It’s heating up, but so far, I think we’ve been quite lucky,” he said, “Right now, I would say we’re doing pretty well compared to what we’re hearing about in Minnesota and more recently, Iowa.”

Cook said that the virus has likely arrived through migrating waterfowl that land, looking for a place to nest.

“It’s timed perfectly with the migrating of the birds back up north. All indications are that the migrating waterfowl are bringing it back up the Mississippi Flyway and sharing it with the domesticated birds,” said Cook.

The governor’s actions, Cook said, were an appropriate response to curbing the virus.

"I think (the Department of Agriculture, Trade and Consumer Protection) was having a little trouble helping to depopulate one of the farms. These birds need to be removed very quickly,” he said. “This kind of dragged on a bit longer than the Department of Agriculture hoped for. As I understand, they went to the governor and asked if we could use the National Guard to see if we could take care of this problem quickly.”

Bird flu itself isn't contagious to humans through contact or through the food supply, Cook explained. Because of the short incubation period, the birds die quickly.

“It doesn’t get to the food supply because the animals break with this literally overnight. So the eggs would not get to market or the turkeys would not even be processed,” Cook said.

Cook said that the virus strain, called H5N2, that is impacting birds in Wisconsin isn't contagious to humans.

“There have been some cases in Asia where H5N1, which is a different strain, has moved from birds to humans who had close contact with poultry. H5N2 does not cross the barrier into mammals and create a human health concern, said Cook.

The names of the affected facilities haven't been publically released by the Department of Agriculture, Trade and Consumer Protection as a safety mechanism to keep farmers accountable for self-reporting their samples.

“In this particular virus case, you want people to step up very quickly and announce they have a problem and submit samples as soon as possible.  If they knew that every time they submitted a sample, their name would be released, you’d have a lot of trouble with people stepping up quickly to submit these samples,” Cook explained.

He added, “If this was a virus that was a human health concern, (their names) would be announced very quickly.”