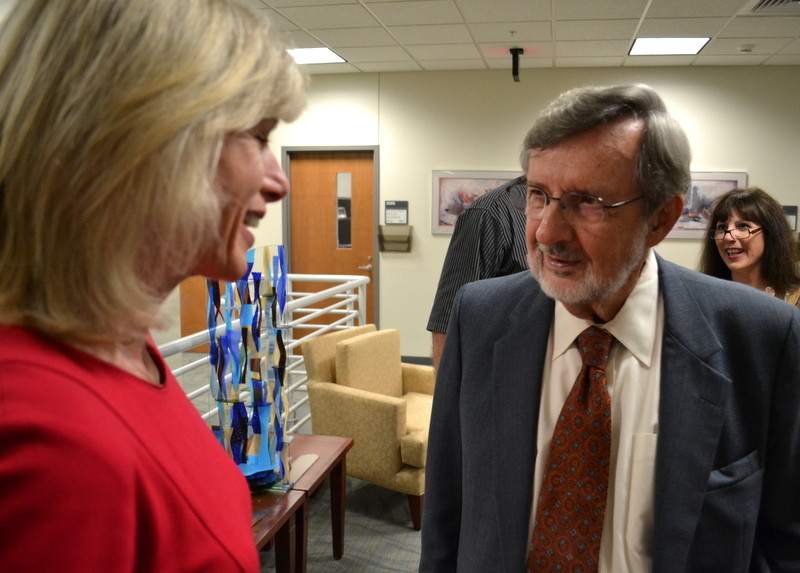 Center Will Aim To Encourage Young People To Become Involved In Politics
By Glen Moberg
Share:

A bipartisan group of politicians came together to honor a former congressman and his goal of getting young people involved in politics during the official dedication of the David R. Obey Civic Resource Center in Wausau on Wednesday night.

Sen. Tammy Baldwin, D-Wisc., joined a long list of political heavyweights for the center's grand opening at University of Wisconsin-Marathon County, the school Obey attended in the 1950's.

“Thank you Dave Obey, for inspiring me,” said Baldwin.

Debbie Wasserman Schultz, a Florida congresswoman and chair of the Democratic National Committee, said the key to Obey's success was his ability to compromise.

“His effectiveness was legendary and it was a thing of beauty to watch,” said Wasserman Schultz. “To see Dave in action, to see him even in his curmudgeonly way, to reach across the aisle and build the relationships that you knew were the key to actually getting things done.”

“No one is knifing or throwing punches,” Duffy said. “People are giving hugs and shaking hands and getting along, and that's what it's supposed to be about. People can disagree about politics and policy, but you have to have personal relationships, which is what I think the theme of the civic center is all about.”

Obey said the goal of the Civic Resource Center is to convince young people that it's worthwhile to get involved in politics.

The center will provide access to more than 2 million of the congressman's papers.