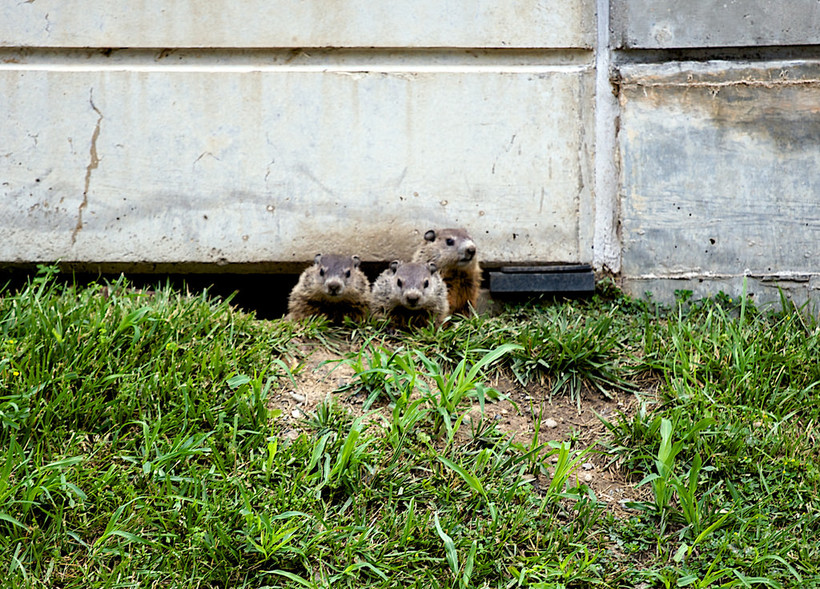 A bill being circulated in the state Legislature would establish an open hunting season for woodchucks, also called groundhogs (and sometimes even whistle pigs) in Wisconsin. The season would run from July to December and would have no bag limits, or restrictions on how many animals a hunter can kill and keep.

Backers of the bill say the animals have become a nuisance in the state, burrowing around building foundations, sidewalks and roads, and digging holes in people’s yards and gardens.

But the measure pulls out the big guns for no reason, said Stan Temple, a professor emeritus of conservation, forest and wildlife ecology at the University of Wisconsin-Madison.

"I’d say it’s a (statewide) solution to a problem that really doesn’t exist on a statewide level," Temple said.

Woodchucks cause specific damage in specific places; they are not a general nuisance, so it doesn’t make sense to have a general open season for them, he said.

"The preferred method of dealing with animals like woodchucks …(is) targeting the specific animal at the specific place that they’re causing the issue," Temple said.

Woodchucks are not overabundant in Wisconsin, and are unlikely to become overabundant since they reproduce at rates that are relatively slow for rodents, Temple said. They aren’t endangered, but all animals in Wisconsin are protected unless otherwise stated or taken off the list for a particular reason, he said. Examples of species that aren’t protected in Wisconsin include possums, raccoons, skunks and coyotes.

Temple provided other options for when groundhogs wreck havoc near human dwellings.

"Try a nonlethal solution first. That often involves doing something that will discourage the animal from engaging in the activity that you find annoying," Temple said. "Often that can be putting up some kind of a barrier, like a fence. In some cases it might be a repellant, something that either is unpleasant to the animal or something that scares them."

Only kill the animal as a last resort, he said.

Groundhogs like the soil around building foundations and near sidewalks and roads because it’s been disturbed and is easy to burrow in, Temple said. And of course they like gardens for the goodies.

A vote on the bill has not be scheduled.