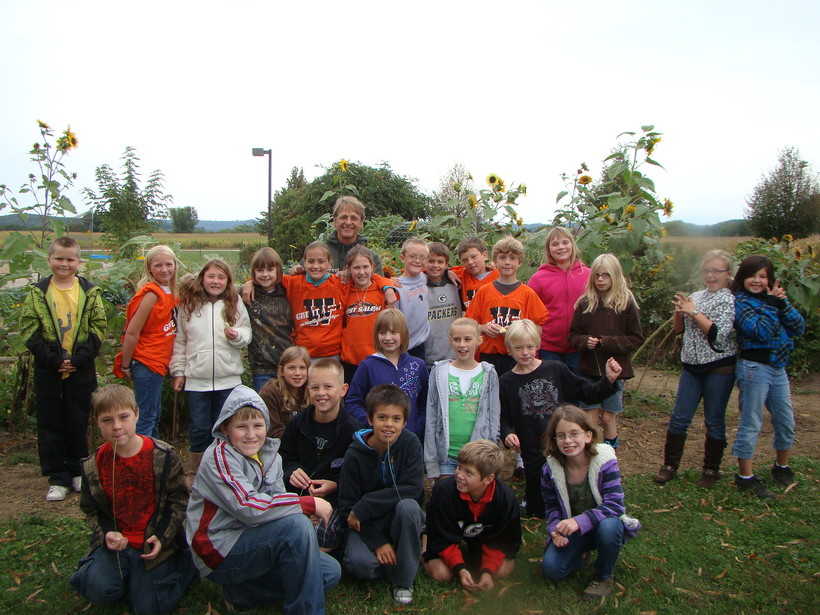 A group of West Salem students in front of their school garden.

A northwestern Wisconsin lawmaker is introducing a bill that would make state funds available for those taking part in farm to school projects. Democratic Rep. Beth Meyers of Bayfield said she would like the state to designate $250,000 in grants over the next two years for farmers and schools.

“I’d like to see it expanded, and I think putting some money behind this program will help that happen,” she said.

The Wisconsin Department of Agriculture’s Sarah Elliott said around half a million kids at more than 55 percent of public schools statewide are taking part in farm to school programs.