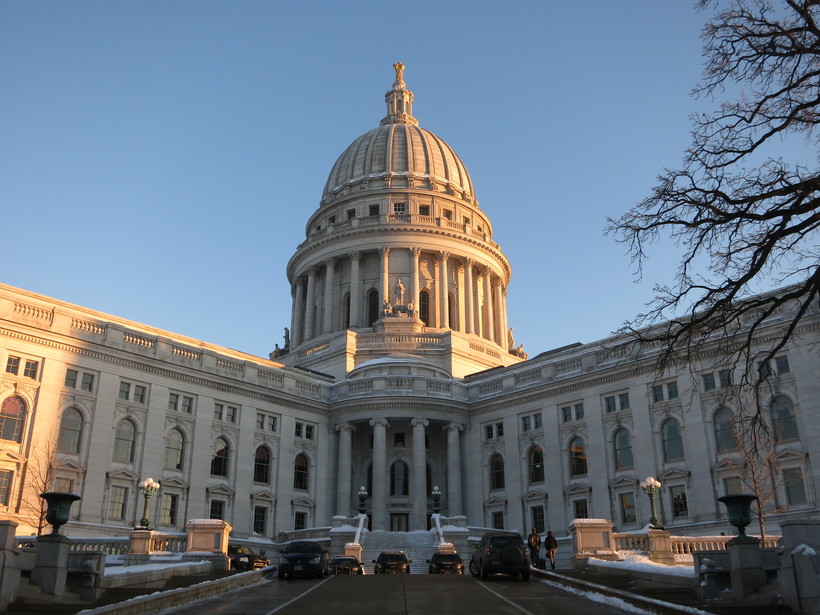 A bill limiting the scope and length of so-called John Doe investigations cleared the state Assembly Judiciary Committee Thursday and could be taken up by the full Legislature this fall.

Republicans want to restrict probes for political crimes like the one that resulted in the conviction of political aides and associates who worked with Gov. Scott Walker when he was Milwaukee County Executive.

The longstanding John Doe law allows secret investigations to determine if a crime's been committed. But the measure's author, GOP Rep. David Craig, said his bill has "almost nothing to do with politics." He said it's mainly about the First Amendment.

"Problems we have under the statute is the free speech all-encompassing gag order that judges can levy on a citizen who hasn't been charged with a crime," said Craig.

Democrats on the committee argued the changes would encourage political corruption.

Rep. Gary Hebl said of the bill, "It smells bad" and could lead to unintended consequences.

Rep. Evan Goyke agreed, saying, the changes would deprive prosecutors of a tool they use "for other cases — violent, organized street gang crime."

Jay Heck, executive director of the open-government watchdog group Common Cause Wisconsin, said the proposed restrictions on how John Does are conducted would make it nearly impossible to investigate political corruption.

"It carves out a special exception for politicians because the John Doe doesn't apply to them as it would to other criminals," he said.

Most recently, a John Doe investigation was used to look into conservative groups that supported Walker during his 2012 recall campaign. It was also used in 2005 in the so-called caucus scandal to convict a top Democrat, Chuck Chvala, and four other lawmakers from both parties.

A Senate version of the bill has already passed committee so it's ready for a floor vote.