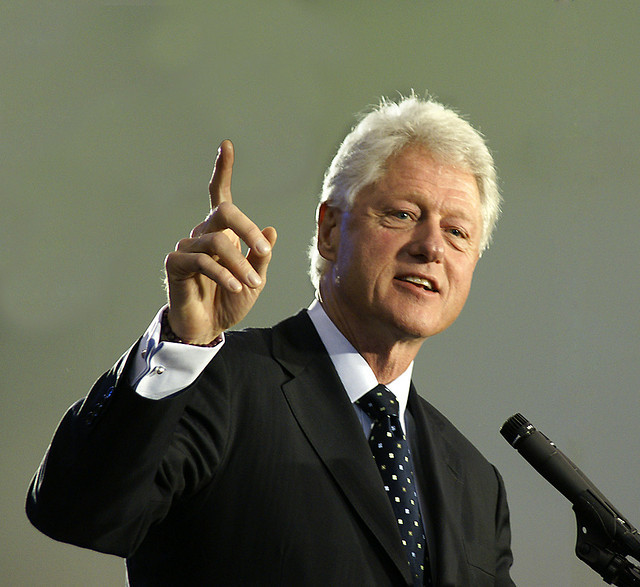 Clinton spoke to about 900 Burke supporters in a Milwaukee hotel, saying that when he prepares to go around the nation to help Democratic candidates, he feels like a retired racehorse that has been living in a barn.

“Then they haul me out to the track and slap me on the rump just to see if I can get around that track one more time,” said Clinton.

Clinton said he hopes Mary Burke is now on track to be the next governor of Wisconsin because of her ability to bring people together.

“The whole country’s watching this race because her opponent got a lot of headlines over the last four years, all related to conflict,” said Clinton. “She didn’t make so many headlines because in her business and in her public service, she’s been about cooperation.”

“If I were a modern Republican, I’d vote for Mary Burke for governor, said Clinton. “I’d rather have somebody who knew what it’d take to build a small business into a bigger one and hire people and (take) ’em along for the ride on fair terms, than somebody who thought we had to give more away to people who are already powerful whether they create jobs in our state or not.”

In response to Clinton’s visit, state Republicans released a statement saying they hope Clinton spent time explaining to Mary Burke that she should know better than to plagiarize her campaign documents — referring to last month’s revelation that a former consultant borrowed language from other documents for Burke's jobs plan.