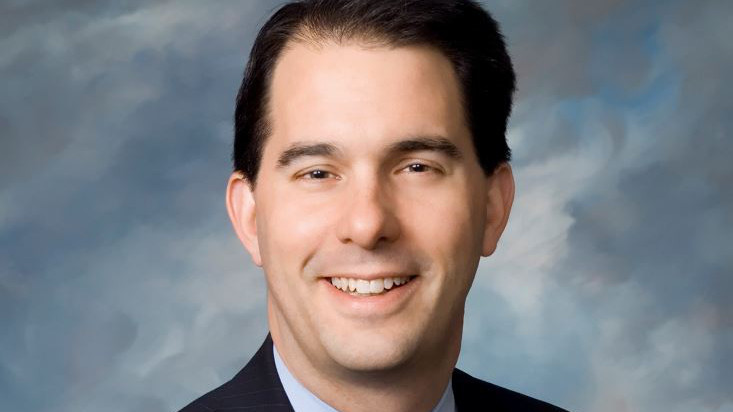 Walker’s book, “Unintimidated: A Governor’s Story and a Nation’s Challenge,” hit the shelves on Tuesday. It describes his battle with public-sector unions early in his term as well as his subsequent recall election victory last year.  As of Wednesday morning, Amazon.com listed it as third in its best sellers ranking.

According to the Wisconsin State Journal, Walker said “Unintimidated” isn't a campaign book, although he has repeatedly said he isn't ruling out a White House run.  He has also refused to say whether he will serve his full term if reelected governor next year.

Joe Wineke, a former state senator and Democratic Party of Wisconsin chair, who appeared on the program with Blaska agreed with his assessment.

“I think he wants to run,” he said. “But, it’s going to be tough to run after he’s defeated next November for reelection because he’s going to get beat.”

Democrat Mary Burke is the only challenger to emerge so far, but Democratic state Sen. Kathleen Vinehout is considering entering the race.

Blaska said that Walker would be a fine president for a variety of reasons.

“I think that Scott Walker has the goods,” said Blaska.  “No. 1, he’s got certain cold-bloodedness, but also equanimity.  He makes Obama look like Barney Fife.”

Blaska went on to say that Walker underwent a test of fire and became a national rock star.  He also touted Walker’s Christian ties, ability to raise money, capacity to bring change and his distance from the Washington, D.C., circle.

However, Wineke said he’s not sold.

“I’m unintimidated by Scott Walker,” said Wineke.  “What David said is true if you want to get 25-30 percent of the vote ... but that won’t elect you president.”

A caller to the program, who identified himself as Scott in New Glarus, criticized Walker and said that while politicians typically promise to work with the other side of the aisle, Walker consistently disregards those who don't agree with him.

“Scott Walker’s whole modus operandi is divide and conquer, as we’ve heard him say,” said Scott.  “Is that good for the country?  I think not.”

“’I’m going to run on bringing us all together, baseball, apple pie and motherhood,’” said Blaska.  “Or, you can say, ‘Let’s stand for something.’”

Another listener named Terry wrote in support of Walker.

“I think Governor Walker would make an outstanding president,” emailed Terry.  “He has the backbone we are truly missing in our government.”

“He’s ideologically rigid.  I guess that’s backbone,” said Wineke.  “I just don’t like where he goes with that.”

Editor's Note: "The Big Question" can be heard each Wednesday at 7 a.m. on the Ideas Network.