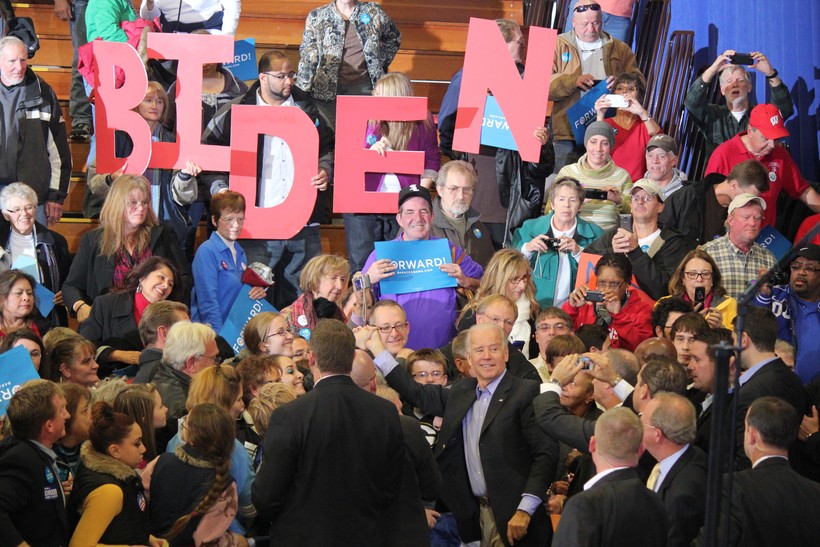 Vice President Joe Biden told a packed middle school gymnasium in Beloit Friday that Republicans Mitt Romney would say anything to get elected, arguing Romney lacked the "character" needed to be President.

He told the crowd that Romney and running mate Paul Ryan weren't telling the truth about the cost of their proposed tax cuts, about whether they would withdraw troops from Afghanistan, or about where Romney stood on Roe versus Wade. Biden said Romney's positions changed depending on who he was talking to.

"I don't like correcting the President in public," he says. "But I feel compelled to correct him now. When asked after the second debate about Romney, he said well Romney's plans are kind of sketchy. Remember he said that? They're not sketchy. They're etch-a-sketchy. This guy's out there shaking that etch-a-sketch bay. Man, he's trying to wipe the slate clean in the last minute. I imagine he's broken into a cold sweat trying to do it."

Biden has made repeated visits to Wisconsin this election cycle, and today, moving on to Superior after his stop in Beloit.