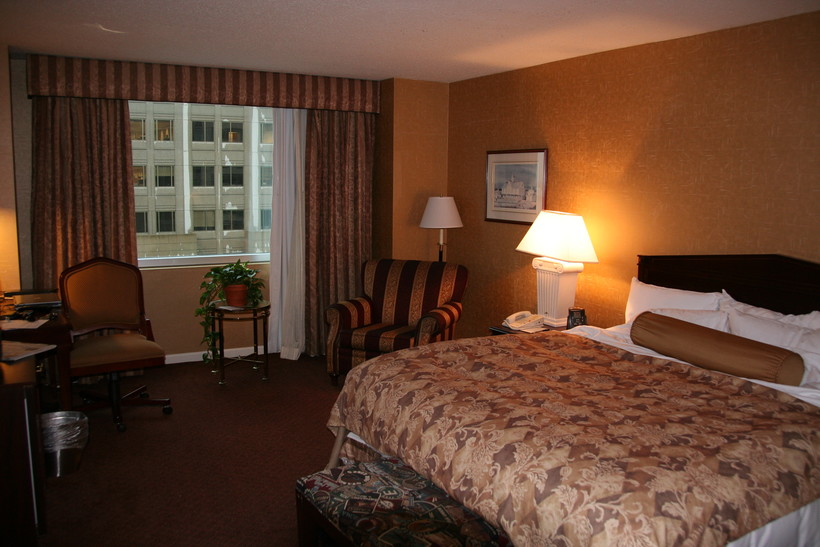 If being charged for storing items in the hotel room refrigerator or receiving a package at the front desk seems petty, get used to it.

Mostly gone — for now, at least — are the days of checking into a hotel and paying a flat fee that covers all kinds of goods and services. Now, according to an Eau Claire-based financial planner, hotels and motels are offering lower rates in an effort to lure customers, then charging extra for those additional amenities.

Bjorn Hanson, a professor at the Center for Hospitality, Tourism, and Sports Management at New York University, said total fees and surcharges collected by U.S. hotels are forecast to hit $2.25 billion in 2014. That’s up from the 2013 record of $2.1 billion. Some of the fees might be familiar, including long-distance phone calls, access to the workout area or bottles of water.

However, McKinley contended that the growing list is getting a bit unreasonable.

Some hotels charge for printing in the business office, checking in early or checking out late, guaranteeing a certain kind of room and accessing Wi-Fi.

In fact, Marriot International Inc. was recently fined $600,000 by the Federal Communications Commission for allegedly blocking personal Wi-Fi hotspots at one of its Nashville hotels. All the while, it was charging customers for accessing the hotel’s wireless network. Marriot officials said they jammed the hotspots to protect its own network from hackers.

Before grabbing a candy bar from the room’s mini-bar, know that there may be a motion sensor installed to automatically charge it to the room – even if it’s put back.

“On one hand, I encourage tipping of the workers at hotels, especially the people who have to clean up after the slobs who stay there,” said McKinley. “But on the other hand, I would much rather have the hotel pay their employees a little bit more rather than making it so obvious on how to do it.”

McKinley also described a situation in which a customer was billed for a USA Today newspaper that was placed outside his room door. He left it there, checked out and saw on the bill that he was charged $0.75 for the newspaper.

According to McKinley, people can avoid unwanted fees and surcharges through the following steps:

“If there are any receipts on there for something that you weren’t aware of or you didn’t actually use, challenge it,” advised McKinley. “Check with the clerk and say, ‘Hey, come on, you didn’t make any notice of this whatsoever. I want to be a good guest and pay my bill, but I do not want to pay for this particular fee.’”

If customers are unhappy with how they’re treated, McKinley urged them to voice their complaints about the fees on popular travel websites, like Travelocity.com.

Editor’s note: “On Your Money” can be heard each Tuesday at 8 a.m. on the Ideas Network of Wisconsin Public Radio.  Email personal finance questions to onyourmoney@wpr.org.