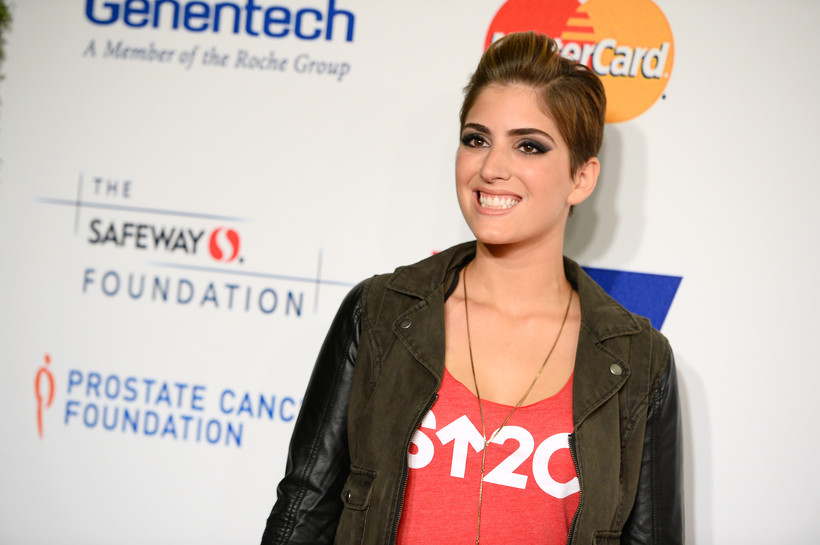 Suleika Jaouad arrives at the 4th annual Stand Up 2 Cancer Live Benefit at The Dolby Theatre on in 2014, in Los Angeles. Photo by Jordan Strauss/Invision/AP

Infertility, Isolation Among Side Effects Of Cancer Diagnosis In Adolescents
By Elizabeth Dohms
Share:

Dreams of being a foreign correspondent were dashed with a diagnosis of leukemia, which prompted the then 22-year-old to leave her job and home behind in France and move back with her parents in upstate New York.

As isolation crept in with each visit back and forth from her parents' home to the hospital for treatment, her identity slowly whittled away.

The young cancer survivor reclaimed it through a blog that she hoped would bring a voice to an "overlooked" population of young adults with cancer. That blog, later published in the New York Times as part of the "Life, Interrupted" column spurred a video series that awarded her a 2012 News and Documentary Emmy Award.

She will be sharing her experience as the keynote speaker at the 17th annual Fall Cancer Conference at the University of Wisconsin Carbone Cancer Center from 8 a.m. to 3:30 p.m. on Oct. 19 at the Monona Terrace in Madison.

While a cancer diagnosis can incite concerns about fatality and what the future holds, Jaouad said there are other challenges facing young adults with the illness, which include just identifying it.

If an adolescent or young adult comes to the doctor with a cough or headache, it might be treated with an antibiotic first before other causes are considered, said Dr. Ryan Mattison, associate professor of medicine with the Division of Hematology/Oncology at the UW School of Medicine and Public Health.

"I think just being aware in the physician community that cancer does happen in young people will allow us to maybe look sooner for that less common, but still serious, illness that may be causing symptoms," he said.

While the number of adolescent adults living with cancer is about seven times the number of pediatric cancers, outcomes of children and older adults have seen better improvement over the years, Mattison said, suspecting that the reason is because fewer people in this age category participate in clinical trials that help identify treatment options.

"We're still trying to catch up in this adolescent young adults population ... so we can achieve some of those good outcomes," he said.

Generally speaking, adults in the United States are more likely to get prostate, breast, lung and colorectal cancers, Mattison said.

"We think that the biology of the cancers behave differently in this adolescent young adult population and it really forces us to think about how cancers develop and how to treat them most effectively," he said.

For Jaouad and other young people being treated for cancer, one of the biggest considerations is the possibility of infertility. That was something Jaouad hadn't considered before Google searching side-effects of the medication being prescribed to treat her condition.

"This shocked me," she said. "And the reason that it shocked me was because no one had mentioned infertility to me as a side effect."

While being a mother wasn't necessarily something she gave too much consideration to at 22, she said it was an option she wanted to maintain.

"It just wasn't something that seemed to be on my doctor's radar," she said with some understanding, noting that most of the patients treated for the same condition are likely past their childbearing years.

Mattison said when patients are told they have cancer, their focus is centered on treatment of the disease, but the prospect of infertility is one that eventually needs to be explored as a treatment plan is considered. He said part of treatment can involve inclusion of a fertility specialist to help preserve fertility.

"We have to think not just about getting a patient into remission and long-term care but also being more and more thoughtful about what types of side effects that someone may experience down the road and so that it really is informing some of our treatment decisions and some of our research that we're doing moving forward," he said.

In the same way that doctors incorporate fertility specialists into the conversation when discussing treatment with a patient, so too are social workers, psychologists and other health providers on hand to care for the patient.

That can be crucial for adolescents and young adults, he said, because they often have higher rates of depression and anxiety compared with those who don't have cancer.

"Oftentimes, these people are living healthy, full lives," Mattison said. "And cancer really puts a stop to that."

Resources, such as StupidCancer.org, help connect cancer survivors with each other, as well as social workers and legal advocacy groups. Such resources can help in the insurance process, especially for young adults who may have poor insurance, be between jobs, or be coming off their parents' plans.

Jaouad, who has identified six strategies for coping with cancer, said her care community included her family and boyfriend at the time — a relationship that she said gave her a sense of normalcy that would otherwise have been elusive.

"Especially at that age to be sick can make you feel like a bit of an outcast," she said.

Her healing was helped through the online community, too, as those dealing with the a similar situation reached out to share their stories after reading her blogs. One of those was a 19-year-old who was being treated in the same hospital as Jaouad for the same type of leukemia.

"And I never heard from anyone my age with my diagnosis," she said. "Just knowing there was someone else in that building who had been where I'd been brought such a great sense of solidarity and comfort. And those connections and those conversations ... have truly been one of the things that I'm most grateful for that comes out of this entire experience."