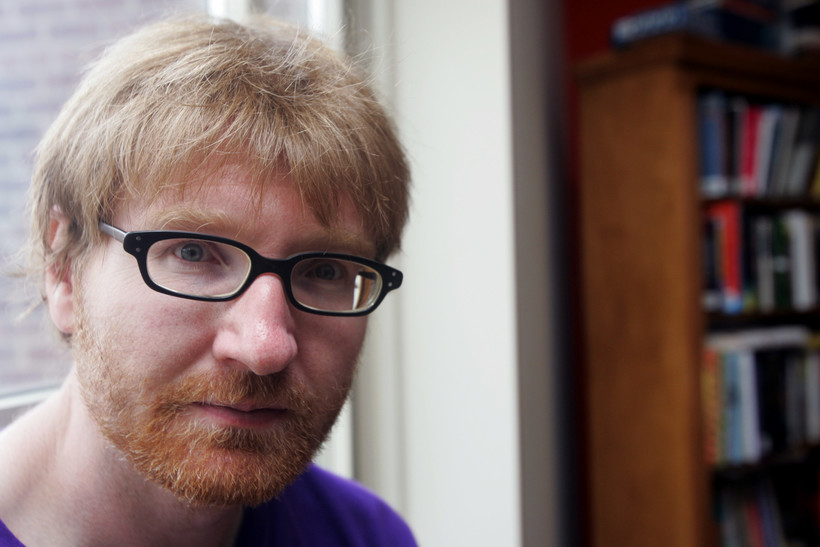 Being Defined By Your Greatest Failure

Chuck Klosterman has pioneered his own unique style of pop culture fed criticism, one that's eclectic but relatable. That might be why Klosterman says he loves reading the index of any book he publishes — it's like having someone split his head open, allowing them to peruse the contents of his brain. It's helpful in learning your process to have your consciousness alphabetized, he says.

In the given "brain index" of any famously successful or notable person, Klosterman might first look under "F" for "failures." In his conversation with Doug Gordon of "To the Best of Our Knowledge," the critic makes a case for why someone's bad ideas say more about their personality than any of the successes they've had in life. In the case of himself, failure taught him that his wide-ranging experience as a pop culture commentator did not, in fact, qualify him to be the moral arbiter of The New York Times Magazine readers.

This transcript excerpt has been edited for clarity and length.

Doug Gordon: In your book, you talk about an album called "Lulu," which was a collaboration between Metallica and Lou Reed.

You say that even though the result is debatable — maybe not listenable and without much merit — you're glad they tried this, if only because you're a fan of bad ideas. I'm curious what is it about bad ideas you find so appealing?

Chuck Klosterman: I think part of it has to do with the fact that good ideas get enough attention. They get attention just for being good. But bad ideas, I think that they — in a way — reflect more about the artist or creator.

I've always had this idea that you're remembered by the great things you do, but you're sort of defined by your singular failure. When I think about people who intrigue me, it's hard for me not to classify them or categorize them in my mind in that way. All the great things you do, that is sort of your legacy. But if you want to get deeper, like the psychology of the person, you see that through their defining failure.

Like Michael Jordan. So Michael Jordan is the greatest basketball player of all time, there are all these peaks in his career, all these great things he has done. And yet he is so competitive that he is unable to enjoy his own success. And it prompts him to come back and play for the Wizards, or attempt to play baseball, or have a seeming gambling addiction. These things that really tell you what he is like. And the thing that actually explains all his successes is this one weakness.

So I think that bad ideas to me are kind of what you mine to find what people are actually like.

DG: Because it gives us a window into the creator's creative process. Often you have to go through bad ideas on the way to find a good idea.

CK: It also illustrates what the artist or creative person's aspiration is. Because if you have a good idea and it succeeds, it's very easy for the successful person to say, "You know, I could never (have) dreamed this would have happened, I just kind of stumbled into this. You can't give me credit for this great idea, I don't just do what was natural."

But when you fail at something you can't do that. If you say, "Well, this failed because I didn't think enough about it." People are like, "You're an idiot." If you fail at something, you have to say, "Well, this is what I wanted, and it didn't happen." When you talk about people's personalities, there's not many things more interesting than what they really want and can't get.

DG: Can you point to a defining failure in your life?

CK: I would say there are two, and one I'm not going to talk about. One more recent is when I became "The Ethicist" for The New York Times. I kind of believed that maybe all the things I had done in the past were actually unknowingly building toward this job. That this would be the job that I would be great at.

I remember telling a friend of mine like, I want to be the Johnny Carson of this. I want it to be so that when people think "The Ethicist" in some distant future, it's almost interchangeable with me.

DG: Why do you think you were only OK at it?

CK: Overreach of ambition maybe. Because that job is very easy to do poorly and very hard to do well. And what I found was that in some ways, I didn't have the backbone for it. Like, I wasn't able to take a stand on any ethical issue inflexibly. And at some point ethics need to be that way.

DG: You were too ambiguous, is that what you're saying?

Even if it was something like somebody would ask a question that was so straightforward, like, "How is it OK for me to steal money from my kids band teacher?" You know the obvious answer is "No, it's not OK." And then part of me would be like, "Well now, is stealing a construct though?" I can never stop myself from doing that.

For people who don't know what this is, there's this column in The New York Times Magazine called "The Ethicist," which — and I hated when people described it like this, but it's true — is kind of like an Ann Landers for real problems. Like people would write in with real problems in their life, and I would describe what an ethical person would do.

I moved to the Netherlands two years ago. I don’t plan to stay more than five years and have been wavering about whether I should commit to learning the language. The problem is that Dutch is a difficult language that’s useless outside the country, and virtually everyone here speaks great English. On the other hand, I feel there’s some obligation to assimilate when living in a foreign country. What is my obligation as a foreigner? NAME WITHHELD, THE NETHERLANDS

Over the years, I have been providing significant financial support to a close relative whose financial situation is precarious. I was surprised to learn that she has been proudly tithing 10 percent of her income to charity. While I appreciate the beauty and nobility of that gesture, my question is: Should I have any say on that person’s decision to tithe? NAME WITHHELD

I was recently hospitalized and, while in the hospital’s care, suffered further as a result of medical incompetence and malpractice. After discharge, I wrote a letter detailing my experience to the hospital, the governing boards, the state board of medical examiners, the insurance investigation unit and various accrediting agencies. Do I have an ethical obligation to pursue this further with a malpractice suit? By creating a public record, the suit would serve as a warning to any future patients. But if I begin a lawsuit and I’m offered a settlement (which would not create a public record), must I ethically see the suit through and risk losing? ANONYMOUS, LONG BRANCH, N.J.

What I found, first of all, was that the readership was almost fascist. What they really wanted me to do was to take obvious problems and destroy the person for asking it. And that's not how I was. I was consciously trying to find problems that could be argued either way. If the answer was obvious, it shouldn't be in the paper. But I would get these questions, and I would love thinking about the question. I would think about it for a week and then I would write my response. And then I'd have to wait a week, before the story would come out. And that week would just be terrible, because I couldn't change my answer, the answer was galvanized on the page, sent away to the printer, and I would worry that I didn't think about it enough.

When I stopped after four years my wife was so happy. She'd never, ever said anything the whole time I was doing it. And then when I said, "I'm not doing this anymore," she was so relieved because she was like, "It's making you unhappy." And it was.

DG: I think you're being too hard on yourself because ethics and morality is such a complicated thing.

CK: Yes, but the defining failure is not the column. The defining failure is my belief that somehow, my entire life has been building to being a moral arbiter. I somehow convinced myself that everything else I had done was actually preparing myself for this job that you have to accept is impossible.