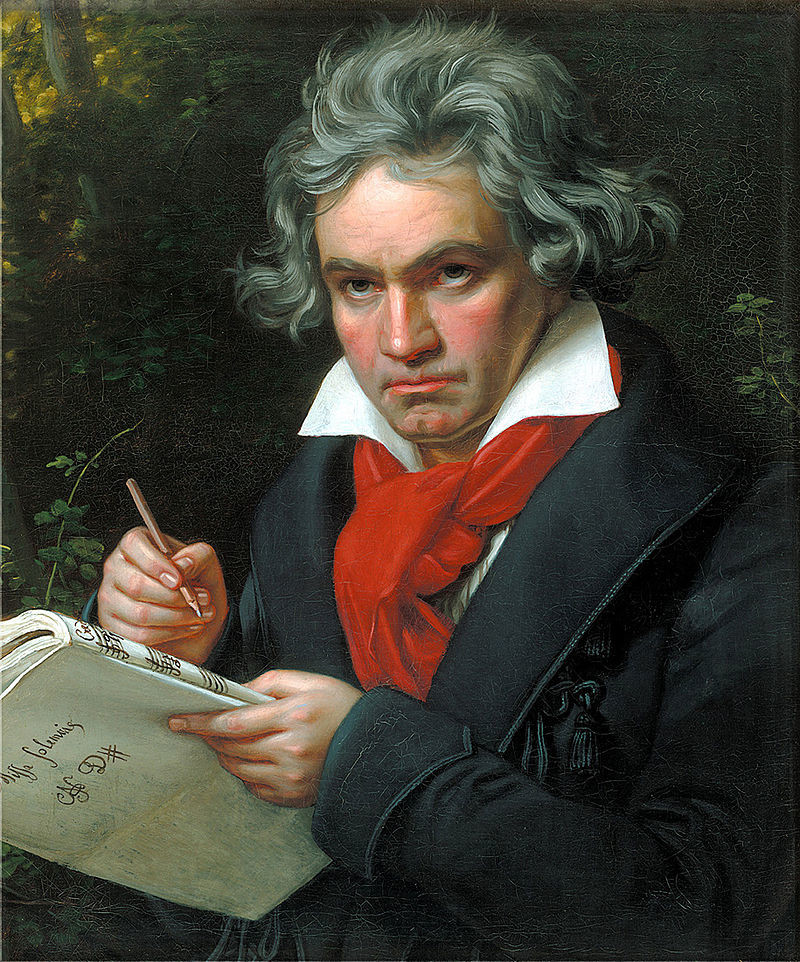 Beethoven is said to have described composing as ten percent talent and ninety percent work.  On January 7th, 1809 he wrote from Vienna to his publisher in Leipzig suggesting that the hardest work comes after composing.

“I am forced through intrigues and conspiracies and dirty tricks of all kinds to leave the Only German Fatherland.  I'm going at the invitation of his majesty the King of Westphalia as the Kappellmeister with an annual salary of 800 ducats in gold.

“There will probably be some abusive articles in the newspapers about my last concert.  By no means do I wish everything said against me to be suppressed, but people should know that no one has more personal enemies here than I do.  And that's all the easier to understand since the state of music here is becoming worse and worse.

“We have conductors who understand as little about conducting as they do about conducting themselves.  At the Wieden it's the worst.  I had to give my concert there and on all sides stumbling blocks were put in my way.  There was a terrible trick played out of hatred for me, for Herr Salieri threatened to expel any musician belonging to their company who played for me, but despite several flaws that I couldn't prevent, the public received everything most enthusiastically.  Nevertheless, scribblers will not fail to write wretched stuff against me in the newspapers.

“The musicians were particularly enraged that careless mistakes cropped up in the simplest, plainest piece.  I abruptly called out to them in a loud voice to stop and begin again.  Nothing like that had ever happened before.  The public made its delight known.

[Things become worse every day.  The day before my concert the town theater orchestra got so bollixed up in the easy little opera Milton that conductor and orchestra all ground to a halt.  Why?  Because instead of giving the beat beforehand, the conductor gave it afterwards.]