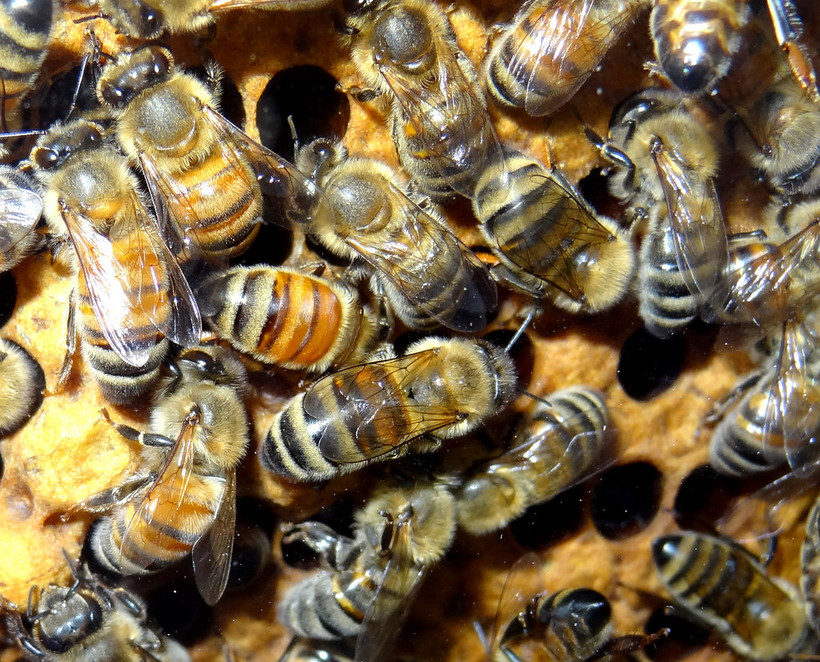 Bees Might Not Be As Busy As We Think They Are

The phrase “as busy as a bee” might actually be a bit misleading, according to a prominent biologist. In fact, according to him, bees actually spend two-thirds of their time doing nothing.

“Bees spend most of their time resting,” said Mark Winston, a bee expert with over 40 years of experience and author of a new book detailing the lives and importance of the honey-making insect. “They have learned that being workaholics burns them out quickly and they die young.”

Said Winston, bees do exactly as much work as is necessary, and no more. But in the aggregate, each bee’s contribution adds up to create a thriving colony. According to Winston, that's a system that human societies could learn from.

“We live in a very hyperdriven, overworked society in which relaxing has become something we recall from our ancestors,” he said. “And we can learn from bees that taking that downtime provides us with the energy and resilience to do the work that really needs to be done.”

In addition, he said, bees could teach us how to live in a more decentralized, cooperative society. Despite having a queen, colonies don’t have a so-called uniform “hive mind.”

“A bee colony is much more like a New England town meeting than it would be like a monarchy,” he said.

In other words, said Winston, individual bees actually do a great deal of decision-making.

“Each individual worker looks around for what needs to be done, communicates intensely with other workers about what they’re doing and what tasks need to be happening, and then they make a lot of decisions,” he said.

Winston said that humans may be at one pinnacle of social evolution, but that bees were at another, perhaps more useful pinnacle — one that humans, particularly those in elected offices, should want to emulate.