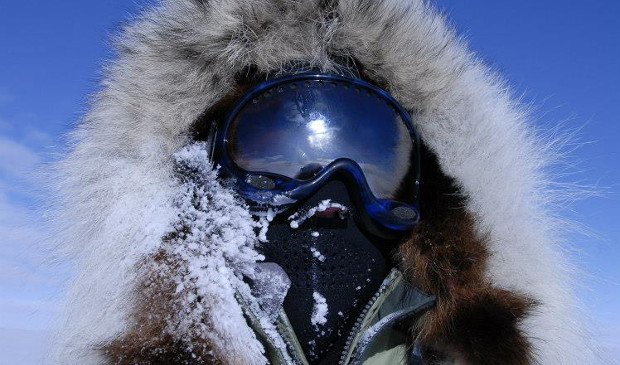 Beating The Sting Of The Polar Vortex

Author, Adventurist Says Key Is To Remember That It Will Pass
By Bill Martens
Share:

If you’re sick and tired of the frigid temperatures across Wisconsin this week -- and frankly this winter -- perhaps you should take the advice of a woman who has been through much more extreme conditions.

In addition to enduring subzero temperatures, Alison Levine has climbed the greatest mountains on each of the seven continents, including Mount Everest.  She has also skied to both the North and South Poles, experienced hurricane-force winds and sudden avalanches.

Levine said Wednesday that in those situations, there’s no escape from the cold and misery.

“You realize that you’re in this weather, it’s going to be uncomfortable, but this is the way it is,” she said.

The good news, she added, is that it’s only temporary.

Further, Levine, author of "On the Edge: The Art of High-Impact Leadership," insisted that in cities and towns across the U.S., people can escape the frigid weather by going indoors and sipping a warm beverage.  There’s no such luck in many of the places she’s been.

“Just remember, when you’re outside and your freezing and you feel like you’re miserable, it’s only temporary,” she said.

And if that doesn’t help, take comfort with another thought: Levine said cold weather makes people smarter. She stated that the body uses more energy in the form of glucose to cool itself in a hot environment than warm it in a cold one.  Glucose also happens to be the energy that feeds the brain.  So, when the body is warming up in cold temperatures, there’s more glucose available to help the brain function.

“Therefore, you should run out and take a Mensa exam when it’s really, really cold out,” said Levine.