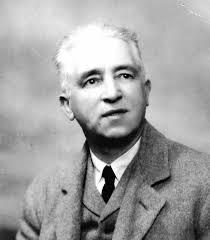 To Be or Not To Be

The barest encyclopedia entry implies a hard life for the English composer Havergal Brian: “Self-taught composer of 32 symphonies, five operas, and various choral works, all on a very large scale and mostly unperformed.” In 1914, believing that his wife had been unfaithful, the composer fled from Staffordshire to London hoping to make a new beginning, but only by chance did he avoid coming to a bad end.

After settling in a set of cheap rooms, he came up with a plan to compose and to make his earlier works known to critics while he looked for employment as a proof-reader for a publisher. The plan ran into trouble at once. He didn’t have the money to mix with other musicians or even to attend their concerts, and friends who had previously arrived in London had come with paying jobs already lined up.

It was hard just to get through the night, let alone compose. On one occasion Brian was awakened by a violent fight in the apartment above his, a set-to that his landlady attributed to “some theatricals being behind with their rent.” He was cold and hungry and his professional contacts proved disappointing.

At last, Brian decided that to die would be better than prolonging his rejection and poverty. On Fleet Street he had seen a shop window lined with firearms, and he went there to buy a weapon with which to end his life.

Once again he had failed--the shop was closed. He wandered away and later had only a vague recollection of where he had been or what he had been thinking, but something, apparently, had driven him to live because when he returned home he became aware that he held in his hand, not a revolver, but a roasting chicken. Havergal Brian would turn his life around and live to the age of ninety-six.