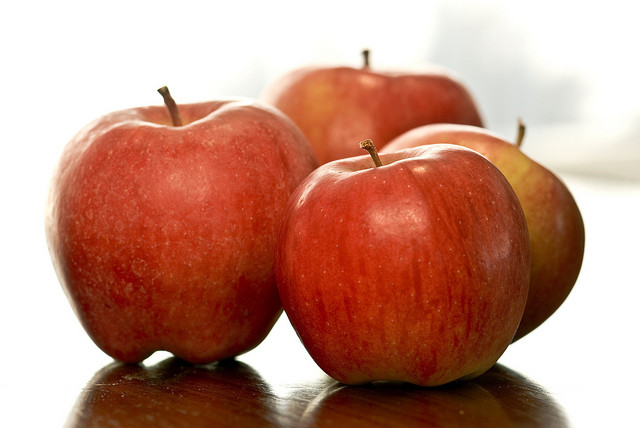 October marks the 51st annual Bayfield Apple Festival, which attracts thousands of visitors to the small town. This year, there might not be enough apples.

After an early spring, late frosts and lots of rain in June, some apple orchards in Bayfield are not doing as well they would like. Bayfield Apple Company Production Manager Jules Dim says their crops are below par, "We grow something like 20 varieties of apples, and most of them are doing poorly. They're much smaller than they were last year save for just a couple varieties." Dim says one of the biggest problems was the heavy rain in June, which led to fungus problems.

Blue Vista Farm shop manager Cathy Marcy says, although their crops are doing fine, they switched to treating their apples completely organically, so some crop thinning diseases helped them. "We did not use any chemical thinner in the spring, and so that fire blight might have actually helped naturally thin the apples rather than losing the whole crop. I don't know if that's the issue up at Bayfield," Marcy said.

While both orchards believe they could come close to the same amount of apples for the festival as last year, there might be shortages of some treats like apple cider. According to Dim, if Bayfield Apple Company has apples shipped in, the company would order only from Wisconsin. Most of the farms in Wisconsin are reporting 80 to 90 percent crop loss. Dim said, "We're in conversations with some growers but it's not looking like we'll be able to buy much if we do."

Bayfield Chamber of Commerce Event Manager Erin Johnson says they are not worried about having enough apples, "We know it's not going to be an issue. It's going to be fine."

Bayfield Apple Festival is scheduled for October 5th through the 7th.