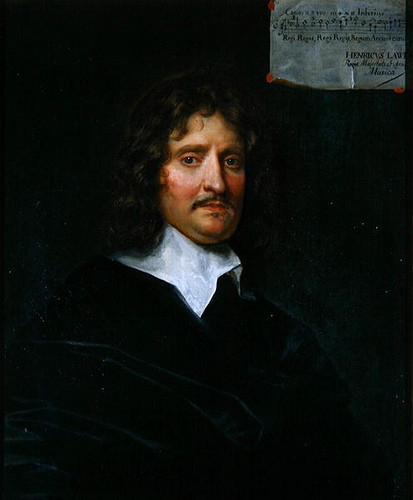 Henry Lawes had a position that was the envy of many a musician:  He worked for the King of England.  But the job had its disadvantages.

In 1626 Lawes became a gentleman of the Chapel Royal in the court of Charles the First.  Charles had been king for only a year.  He laid down new rules for each member of his court, including the musicians:

“Our chapel shall be all the year through kept both morning and evening with solemn music like a collegiate church, unless it be at such times in the summer or other times when We are please to spare it.”

The king, however, was a devoted attendee of his chapel, so that even when he went hunting early in the morning he required pre-dawn services.  His Majesty paid close attention to his music, too, often choosing the chapel service and the anthems to go with it.  Occasionally he even joined in with the musicians, playing his part, it is said, “exactly and well on the bass-viol.”

King Charles’ attention also extended to the conduct, diet and dress of his musicians.  A household book prescribed the rules precisely.

The gentlemen of the chapel were to report promptly at service each morning and evening, appropriately clad.  They were to chant the amens in a loud voice.  Failing any of these rules, they were penalized, especially if they came in late, wore boots or spurs, failed to pay attention or rushed out before the final amen.

For his part as a musician, Lawes received clothing, loaves, fish, beer, wine and ale, plus a modest salary and occasional gifts from bishops and government officials.

Unfortunately though, King Charles was pressed for cash, and Lawes’ pay came sporadically.  But worse woes were to befall Henry Lawes and the court of King Charles the First.  We'll find out about them next time.