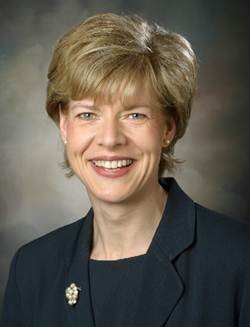 The Obama administration is under fire for IRS investigations into Tea Party groups, a probe into Associated Press telephone records and last year's terrorist attack on the U.S. embassy in Libya. Baldwin says when it comes to the IRS, people need to have confidence in government workers, and that Congress needs to take action. But Baldwin says the controversies are not stopping the Senate from meaningful progress on legislation like the Farm Bill.

"We are going to go back to work on that next week. We expect to pass it with a very strong bipartisan vote. It's key for Wisconsin. Then we expect to move on to immigration reform: another issue that's eluded us for decades."

Republicans that control the House of Representatives may have a different focus, though. GOP Rep. Paul Ryan, of Janesville, has been appearing on national networks like Fox News, promising the legislative branch will oversee the executive branch and its "arrogant abuse of power."