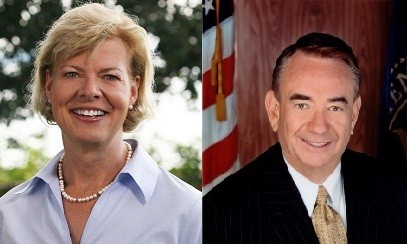 Saint Norbert College political scientist Charlie Jacobs says Baldwin must come across well with the many voters that polls say still do not know her well. He says Thompson needs to remind voters of his time as one of Wisconsin's most popular governors.

Jacobs says the debate may liven-up the campaign. "It's an oddity to me, despite being an important race in a swing state; this has been a low key race. This might be the way we ramp up the attention of the public."

Jacobs will participate in a live chat online during the debate at wisconsinvote.org.

The debate will be broadcast on Wisconsin Public Radio's Ideas Network stations starting at 8:00 p.m.