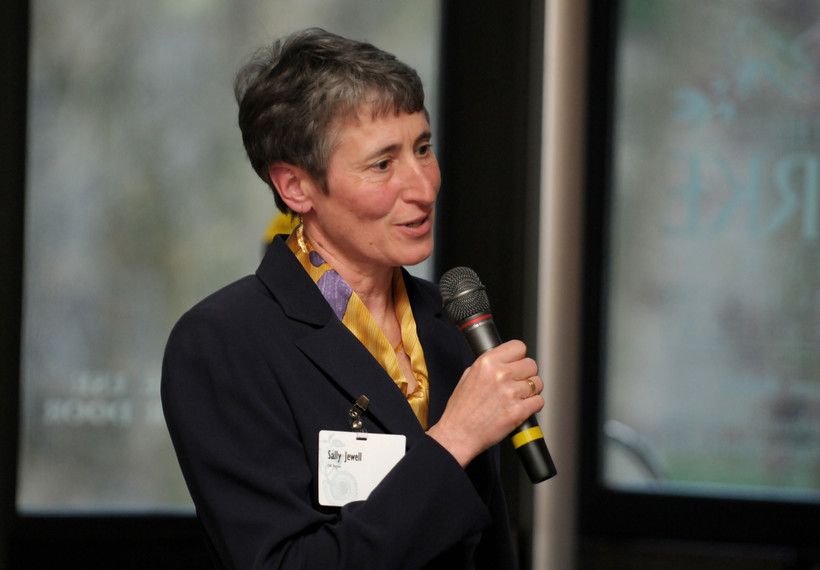 The chairman of Wisconsin's Bad River Chippewa band met with the new secretary of the interior in Washington over the weekend.

Sally Jewell was sworn in as President Barack Obama's new Secretary of the Interior on April 12. Only one week later, last Friday, she held a meeting with 15 American Indian tribal leaders, including Mike Wiggins Jr., chairman of the Bad River Band of Lake Superior Chippewa.

"We talked about our home, the Bad River reservation; its pristine water resources; the fact that a floodgate of profiteering opened up through a new mining law in Wisconsin; but most importantly about treaty rights and the health and welfare of our tribe and our people."

Wiggins says the new secretary listened to his concerns.

"She was very authentic; she was very attentive. [She]is going to look at the resources of her department and what kind of assistance they can give us as we look to protect ourselves in Bad River from G-Tac's open pit mine."

The open pit mine by Gogebic Taconite would be located in the Penokee Hills south of Lake Superior. Mining supporters say it would operate safely, and provide hundreds of good paying jobs without harming the environment. But Wiggins says the mine threatens his tribe's drinking water and wild rice beds. He says they may try to block it in federal court.

"The obliteration of headwaters of a watershed is catastrophic. Federal court would be one of many, many different avenues we would look to utilize."

In an April 15 press release, Sally Jewell said among her new responsibilities as Secretary of the Interior was "honoring our word to American Indians."

Massachusetts Pioneers Rules For Police Use Of Facial Recognition Tech
Banking On Busy Summer Travel Season, Airlines Add More Flights And New Routes
'Searching For A Mom': A Foster Daughter Finds One – And A Voice Of Her Own
For Mother's Day, Roll Up A French-Style Omelet As A Way To Say 'I Love You'
As Biden Shifts On Immigration, Some Advocates See Him Giving Up Without A Fight