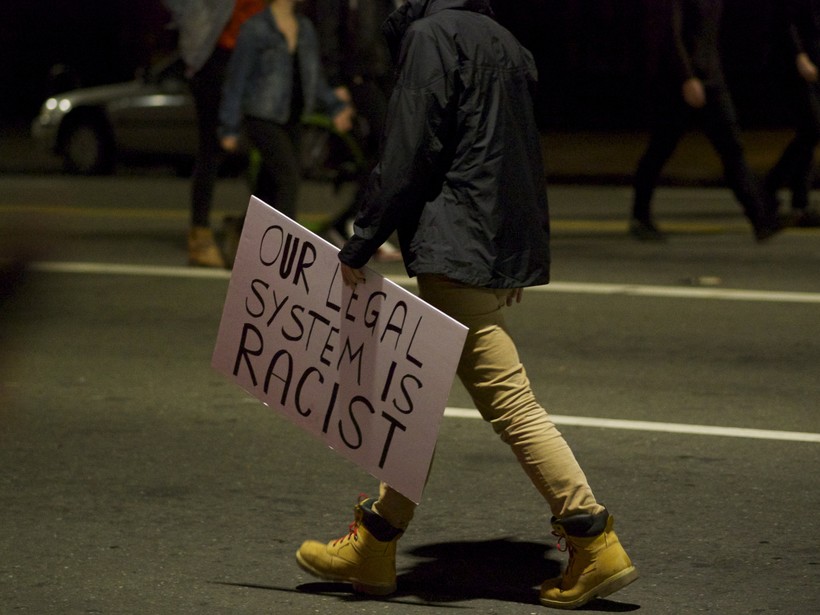 In a widely circulated article that’s gaining the attention of some sociologists, a prominent author argues that most white Americans are completely oblivious to how the country’s violent and exclusive history continues to fuel fires of racial injustice that erupted in Ferguson, Mo., and throughout the country in recent weeks.

Tim Wise, who wrote the book "White Like Me: Reflections on Race from a Privileged Son,” said that white Americans largely still operate out of a 400-year-old white racial frame of themselves and black Americans, and that it’s what’s fueling a mistrust between law enforcement and the black community.

“To white America, in the main, police are the folks who help get our cats out of the tree, or who take us on ride-arounds to show us how gosh-darned exciting it is to be a cop. We experience police most often as helpful, as protectors of our lives and property. But that is not the black experience by and large; and black people know this, however much [whites] don’t. The history of law enforcement in America, with regard to black folks, has been one of unremitting oppression. That is neither hyperbole nor opinion, but incontrovertible fact.”

A recent ProPublica investigation perhaps underscores that point. It recently found that young black men are shot dead by police at 21 times the rate of young white men.

There are a number of sociologists who also agree with Wise’s assertions. Joe Feagin, professor at Texas A&M University and former president of the American Sociological Association, said the fact that white people don’t know this history and have never been required to learn it explains a lot about what’s wrong with the U.S.

For example, said Feagin, Francis Scott Key, the man who wrote the “Star-Spangled Banner,” was a slaveholder who originally included a line in the third stanza in the song about attacking black people who run away from their owners.

“Most of us never think about our national anthem having been written by a bloody slaveholder,” Feagin said. “There’s thousands of accounts and stories and people in our history that we simply don't teach about and don't learn about.”

Feagin said one of the problems preventing progress is that white people don't want to recognize and discuss publicly the privileges that they have inherited over the centuries.

“The main cause of racial inequality today is inherited privilege, inherited resources from ancestors who were unjustly enriched under slavery and Jim Crow, by things like Homestead Acts or the GI bill that came after World War II. We whites don't want to face up to that history because it screams ‘reparations’ all over the place once you see that history,” Feagin said.

In many ways, people who are white in this country live a very different life than most people who are not white, said Jacqueline Battalora, author of “Birth of a White Nation” and professor of sociology and criminal justice at St. Xavier University.

“I think the fact that these protests in wake of Ferguson are occurring as widely and persistently as they are is a demand and an eruption that of enough is enough. We must talk about whiteness and the white privilege and frameworks that are causing non-white people to be viewed as a threat,” Battalora said.