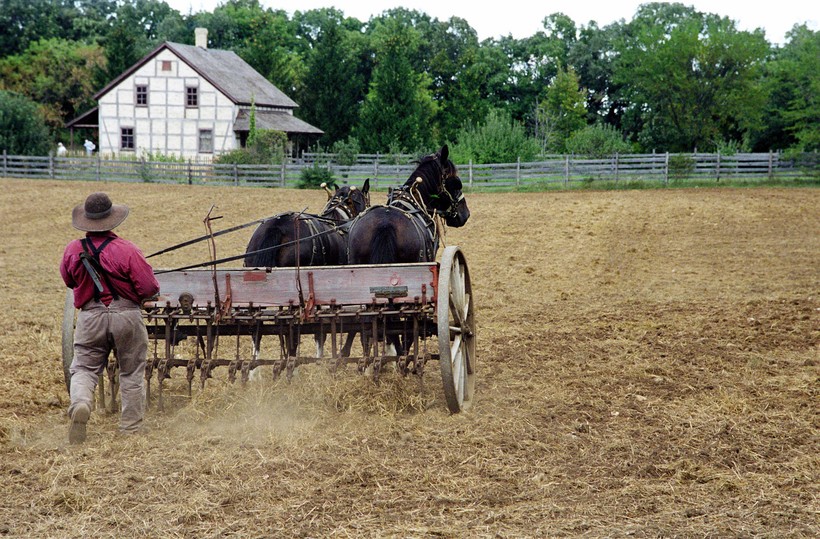 Author Tells Story Of Midwestern Pioneers Through Photos And Essays

Kathleen Ernst, Using Primary-Source Accounts From Settlers Was The Best Way To Tell Her Story
By Cheyenne Lentz
Share:

To make the stories of Wisconsin's early European settlers come to life in the pages of her new book, award-winning author Kathleen Ernst relied on a mix of photographs, essays and quotes from the pioneers themselves.

She also drew on her experience as a curator and live historical interpreter at Old World Wisconsin, an outdoor museum that gives visitors the experience of Midwestern pioneer life.

In "A Settler's Year: Pioneer Life Through the Seasons," each chapter features an introductory essay about the season, followed by photos and quotes that help tell the story of what settlers in the Midwest's rural areas and small towns were doing as the seasons passed.

Ernst said the calendar year also provided a broader metaphor for the cycle that most immigrants or newcomers go through after relocating: "Starting as new arrivals with almost nothing, and the cycle that they experience as they get their feet on the ground, as they grow, and they thrive in the new world."

To illustrate the book, Ernst opted to use photographs of historical recreations at Old World Wisconsin taken by a photographer called Loyd Heath, who gave Ernst a database of 4,000 images to work with.

She did her research to find the stories that were best told visually and worked to match the tone of the historical sources with Heath's photographs.

"Many of his photos have a distinct mood. They’re very evocative. They suggest a great deal more than what’s literally visible in the photograph, and that was particularly satisfying to me," Ernst said.

Besides the hours she spent sorting through Heath’s photo collection, Ernst said she enjoyed the personal accounts she researched to make the book really come alive. That research included digging through diaries, letters, and reminiscences that people wrote about later in their lives.

She said that almost always, the words that they used were the ones she went with for the book.

"I wouldn’t have been able to tell the story better," Ernst said. "So my job was really to weave all that together."

A Settler's Year: Pioneer Life through the Seasons