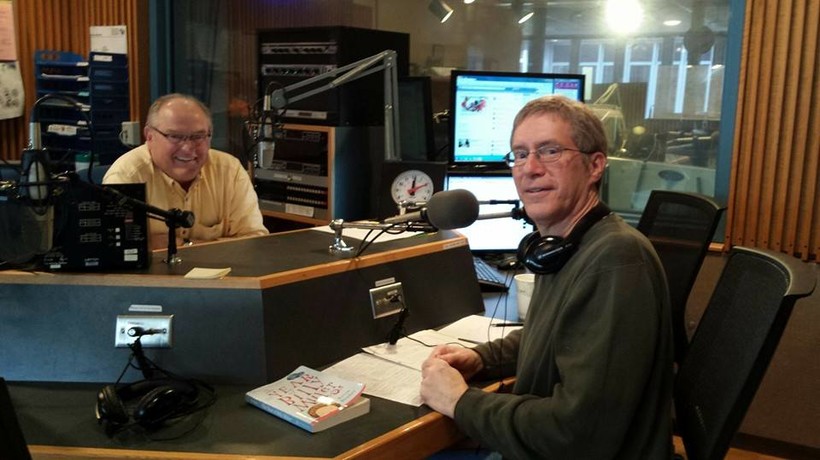 Kevin Henkes (right) with Larry Meiller in the WPR studios

Whether we’re 8 or 80 years old, most people can easily name a favorite children’s book. Really well-written and illustrated children’s literature can touch people's hearts and makes a lifelong impression.

Wisconsin native and resident Kevin Henkes is an award-winning author and illustrator of children's books, including "Lilly's Purple Plastic Purse," "Owen," and most recently, "The Year of Billy Miller," which was awarded a Newbery Honor.

What makes for a great children’s book? Henkes said, “Emotional truth. I think that’s pretty much all that matters.”

The genre isn’t important, he said.

For Henkes, emotional truth means “it has to make sense.” He explained that “the way characters act has to be believable. It has to be consistent, unless there’s some major plot change, but it’s got to make sense. It’s got to resonate with the reader.”

Having great books in one thing, but making sure that they reach children is a whole different effort. Henkes shared that he was a parent who read to his children in utero and continued much later than many families do. That included a half-hour of reading a novel while the kids were eating their breakfast.

“It was really great. We kept a list in the hallway of books that we’d read, and it’s really wonderful to go back and look at them,” he said.