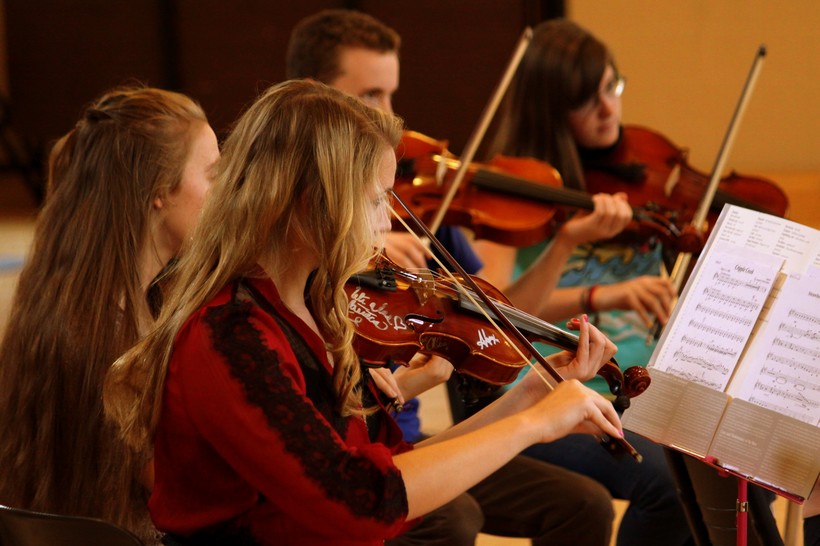 From policy-makers to founders of corporations to television broadcasters, there appears to be an unexpected connection between some of society's high achievers and how many of them trained at one point in their lives as musicians.

But what's behind the link between musical training and success? And is there definitely a link? Or is this just a coincidence?

Journalist Joanne Lipman decided to find out. Lipman co-authored a book, "Strings Attached: One Tough Teacher and the Gift of Great Expectations," which she wrote after asking several high achievers about their musical pasts and how music affected their success.

Many spoke about the focus, discipline and creativity learned in musical training and how work on those skills lead to success in all areas of life, she said.

"Just about everybody I spoke to made a connection between the qualities they learned in music and their success later in life. One of the things they talked about was the focus and the discipline that music training requires," she said. "Another thing that they mentioned ... was music opening up pathways to creativity."

One of the people who she spoke to was Paul Allen, one of the founders of Microsoft. Allen was a violinist and eventually, a guitarist. He told Lipman that music was the "flip side of his analytical brain," and that it helped him open his mind to hearing things differently.

One interesting fact that Lipman said she learned in researching her book was that the most successful applicants to medical school are music majors -- having an even higher acceptance rate than biology majors.