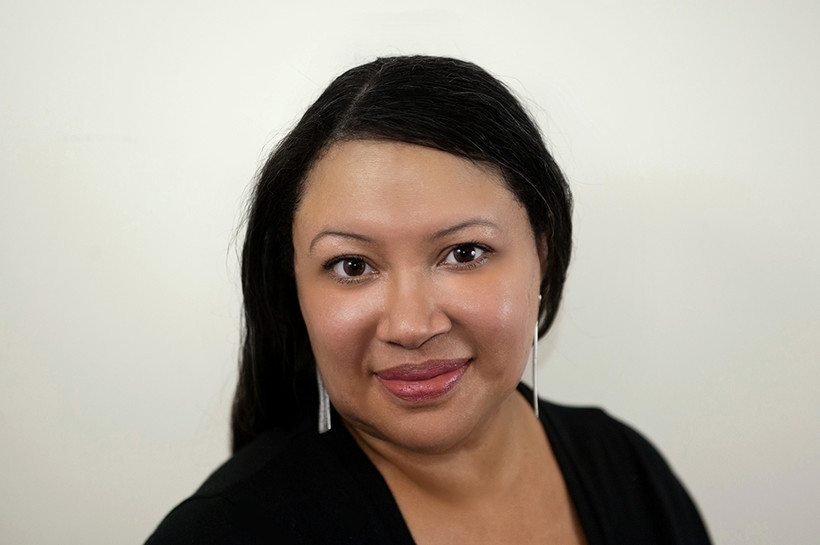 Author Rebecca Roanhorse Builds New Worlds Out Of Our Forgotten Ones

In 2018, Indigenous fantasy writer Rebecca Roanhorse published the first short story she had ever written in Apex Magazine. Narrated in the rare second person, "Welcome to Your Authentic Indian Experience™" used that structure intentionally after Roanhorse said the third-person version of the story fell flat of her intent.

"I felt like it didn't really come off the page the way I wanted it to," Roanhorse told WPR's "BETA". "I really wanted to indict the reader. I really wanted to bring them along and for people to see their role in the main character's fate."

The piece really resonated with readers and garnered critical acclaim as well. It went on to win both the Hugo and Nebula awards for short fiction and was optioned by Amazon Studios.

"There's a fine line between what I'm writing in science fiction and virtual reality and what actually happens day-to-day in our world."

Now, she is continuing to do that with the release of "Black Sun," the first novel in the "Between Earth and Sky" trilogy.

The fantasy series is inspired by the pre-Columbus Americas and the Indigenous people who lived here during that time. Roanhorse is building rich new worlds by showing readers our forgotten ones.

"I think people are looking, when they read epic fantasy, they're often looking for grandeur and escapism and unfortunately a lot of people still don't see the Americas as a place where all of that existed," Roanhorse said. "These incredible societies, who had sophisticated architecture and city planning and art and poetry thrived. We still sort of get labeled with the primitive or the savage sort of label. And that's unfortunate because there's an incredible history of civilization here on these continents."

Roanhorse admits she may not go about world building similar to other writers.

"The way that I world build is maybe a little bit different from other people, but I often start with character. So I know I have a character, for example. I know I have a sailor. And then what do I need to fill her out? Well, she needs to have a ship. So what will that ship look like? Let's research the maritime Maya," explained Roanhorse. "So, I actually build character out instead of building the world inward and then putting characters on top of it."

The character in "Black Sun" that Roanhorse builds around is Serapio. Weighted down with the historical trauma of a genocide to his people, Serapio's destiny is set on a quest for vengeance.

"It's a destiny he would not have chosen, I think, if he'd had other options. He just doesn't know that he has other options," says Roanhorse. "This story is about his journey and his inevitable choice that he has to make whether or not to enact this vengeance."

Serapio is also blind and highlights another inspiration from Mesoamerican culture that Roanhorse uses to great effect in her world.

"Often in Mesoamerican cultures, my understanding is that they looked at people with disabilities as, 'God touched.' That this was actually a gift from the gods that marked you, that made you special and you were treated accordingly," she said. "They were to be valued, not sort of cast aside the way that we do in our culture."

While inspired by ancient views on disabilities, Roanhorse worked hard to tether Serapio's blindness to reality. She consulted with several blind colleagues and friends to share their experiences and to help avoid assumptions as much as possible.

"If you look at Serapio, he has crows that he uses to see. And that's sort of like seeing eye dogs. And he has a staff, which is a fighting staff. But he also uses as an instrument to help him see," says Roanhorse. "So I really tried to make his blindness really centered in reality and tried to stay away from some of the tropes that you might see in 'Daredevil' or some of these popular undertakings that blind people tend to say did not get it right."

As an adoptee and a woman of color, Roanhorse relates to her characters and their status as outsiders. She has likened her writing to an act of survival and of discovery and builds these worlds for people like her.

"It's allowed me to spend a lot of time cultivating my creativity, creating these worlds and these characters and these people," says Roanhorse. "Growing up, being a woman of color, being a Black and Native kid in Texas, I never saw science fiction and fantasy writers that looked like me. And certainly there were no characters that look like me unless they were like orcs or something and inherently evil."

Roanhorse was very moved by the theory of fellow Native fantasy/horror author Stephen Graham Jones that posits that the hero's journey in Indigenous adventure stories is flipped. Where instead of trying to make it back to home, the hero begins on the outside and needs to find that community.

"That does reflect my journey as an adoptee," said Roanhorse. "That's why I think you see the characters in 'Black Sun' and actually in all my works are often outsiders. They're trying to find community. They're trying to sort of embrace who they are or their destiny with mixed results. But that is definitely the journey that I keep coming back to and that I'm interested in writing."