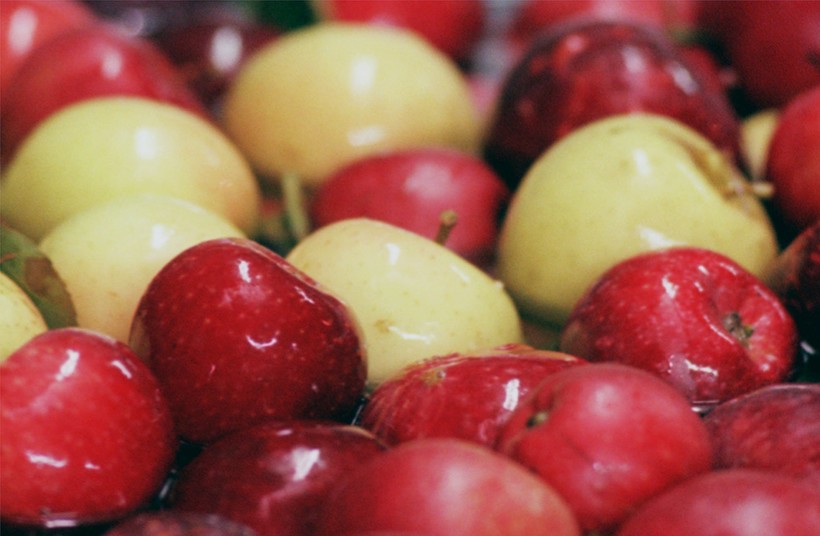 Would you buy a genetically modified apple that resists browning for weeks rather than only a few minutes after being sliced? The answer may come before the next Arctic apple begins to discolor.

Canadian-based Okanagan Specialty Fruits recently announced its genetically modified apple will be hitting Midwestern grocery stores as early as Feb. 1. The company has not said which states or stores would sell the Arctic apple, though production and distribution is expected to become more widespread later in the year.

Apples turn brown when their flesh is exposed to a certain enzyme, such as when the skin is broken or bruised. Okanagan reduced that enzyme and claims the sliced apples can last up to three weeks without oxidizing. While the company acknowledges there’s nothing "wrong" with browning, browned fruit is more likely to be thrown away, especially by children, according to the company.

Okanagan is optimistic the demand is high for a non-browning apple and that its product will sell. However, some growers and GMO opponents have raised concerns about the safety of genetically engineered crops.

"I don't know if people are going to accept it or not, and that question is really the major question here," said McKay Jenkins, author of the new book, "Food Fight: GMOs and The Future of the American Diet."

To Jenkins, the Arctic apple experiment is more about putting a positive spin on GMOs. He said companies genetically altering food are battling a perception by a large chunk of the population that GMOs are bad for some unclear reason. If the public turns against GMOs, Jenkins said not only would that mark the end of genetically modified fruits and vegetables, but "anything" made with GMOs – "all fast food, all processed food, all soda pop, all everything." It's the producers' hope, Jenkins said, that a GMO product can be developed and widely accepted.

"If they can say, 'Look, everybody loves the Arctic apple. See, GMOs aren’t that bad,' then suddenly everyone will be talking about GMOs in a different kind of way and nobody will resist them," he said. "Nobody will be demanding labels for them, and it will be a PR bonanza."

The Arctic apple packaging will not indicate the fruit has been genetically modified. Shoppers can scan a code on the wrapping and learn about the genetic modification practices, according to the company.

According to Okanagan’s website, the first two varieties of Arctic apples will be the Arctic Granny and the Arctic Golden. Fuji is next in line with others to follow.