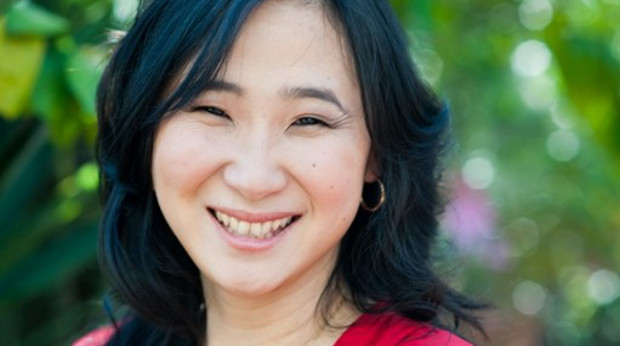 Anker Says Sense Of Being Alive Is Bravery's Reward
By Bill Martens
Share:

Writer Patty Chang Anker said she spent the first 39 years of her life being afraid to fail and not confronting her greatest fears.  She said she was "zero brave."

Then, she said she decided it was time to face those phobia -- partly to be a better role model for her two daughters but also to simply have a more fun and enjoyable life.

After learned to conquer several fears, including diving into a swimming pool, surfing and riding a bike, Anker said she realized it was time to help others break free from the things holding them back.  That’s when she wrote her new book, "Some Nerve: Lessons Learned While Becoming Brave."

Anker said on Wednesday that the experience was one of discovery.

"I think it’s such a great thing when you work at something. You come up against it over and over again, and you sort of get used to the feeling and you tell yourself, ‘OK, I’m a little uncomfortable now, I’m going to keep going.' And you get to see what’s on the other side," she said.

Anker, who also created the Facing Forty Upside Down blog, said the tough battle is worth it and is far better than believing that the feat can never be achieved.

"I think we always want to be in a state of thinking that maybe we can," said Anker.