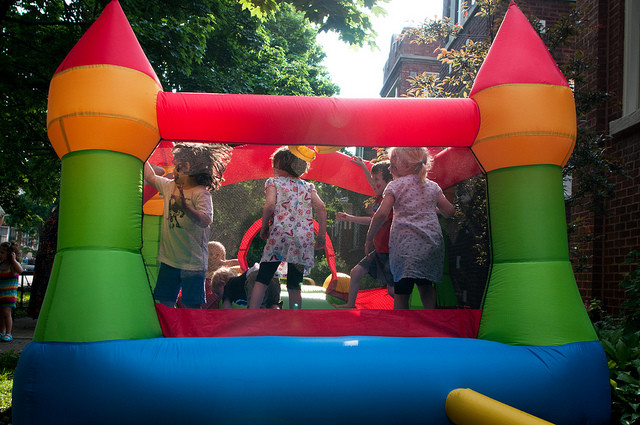 National Goof Off Day is celebrated on March 22, but one author says goofing off should be a part of every day.

Jason Kotecki, co-founder of The Cure Adultitis Institute and creator of Escape Adulthood — a company meant to help people rediscover the secrets of childhood in order to build better lives — said having fun helps people disconnect from the stress of everyday life.

"Almost every day is Goof Off Day (for me), which is funny because I think people hear this and they think, 'Oh, you’re not taking things seriously,' but there's an awful lot to take seriously in our world today," he said.

"We, as a state, as a nation, have been through really a challenging election season, it continues, (and) there’s just such a divisiveness that sometimes you just need to blow off steam."

National Goof Off Day began with William D. Chase, who created "Chase's Calendar of Events," which has been published annually since 1957.

Kotecki, who is also author of the book, "Penguins Can’t Fly +39 Other Rules That Don’t Exist" agrees, noting he thinks the world is "aching for silliness."

"Our schedules and our days are so packed that sometimes our brains need time to just do nothing, which is why you get a lot of your ideas in the shower, because you’re not really focused on anything else and then these ideas come," he said. "So when you’re sort of goofing off and making space to have a little fun, it gives your subconscious mind a chance to solve problems that you’ve been working on in the back of your head."

Kotecki said not only could having fun be a benefit at work, but it's also a way to create treasured memories with loved ones.

Here are some silly suggestions Kotecki recommends for fun today: