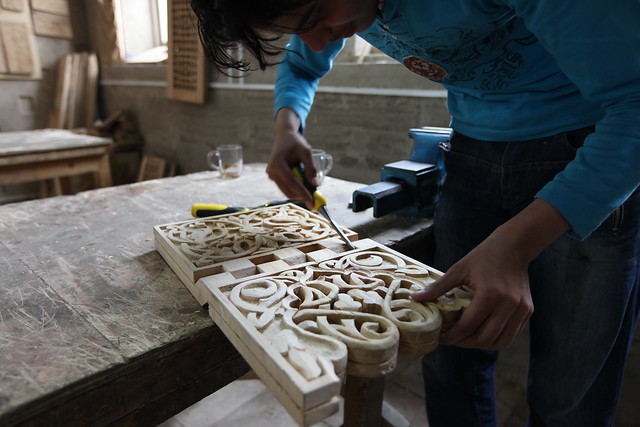 When Eric Gorges was in his 20s, he started experiencing severe panic attacks.

"Ultimately it made me agoraphobic and I didn't leave my house and was pretty heavily medicated for long periods of time," he said.

He loved his job working in IT for Xerox Corp., but something had to change. Gorges grew up in a family of woodworkers and hobbyists, who never hired anyone to fix anything, he said.

He had always loved working with his hands, and knew that he needed to get in touch with that part of himself.

"Working with my hands allowed an escape for me and for my mind," Gorges said. "I could lose sense of time in it, and it really was something that healed me in more ways than one."

That change grew into a career building custom motorcycles, and a PBS show "A Craftsman’s Legacy," where Gorges interviews fellow craftsmen on their trade and gets a lesson himself. Now, Gorges is releasing a new book, of the same title.

His experience with panic attacks was just one example of the power working with your hands can have on your life, he said.

In one episode of his show, Gorges visits potter David McDonald, just days after the death of his mother. Learning from McDonald and getting behind a pottery wheel gave him an opportunity to heal, he said.

"I was rather lost to tell you the truth," he said. "I made probably seven or eight bowls at that time because it just again allowed me to refocus my mind and think about something other than my mom ... and get back into doing what I was there to do."

Doing a craft brings a focus and a presence you might not have in other areas of your life, Gorges said, and pulls you away from the urge to multitask.

"When you're working with your hands, making something, you're forced to focus, you have to be in that environment right now, right there and blow everything else out of your mind," he said. "It's just therapeutic."

Whether you’re building, knitting, painting, or whatever feels good to you, let go of the illusion of perfection, Gorges said.

"What if you fail? Who cares. You’ve learned from it," he said. "The difference between an expert and a novice, is an expert has made more mistakes than you have," he said.

Think back to when you were a kid and made a Christmas ornament or a Mother’s Day card, he said.

"That's what I want you to find again because it's still in you," he said.

Why We Love To Work With Our Hands 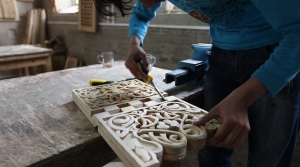 The host of a PBS program celebrating craftspeople discusses why we get so much pleasure from working with our hands.